A quick update on Birdingcouple's doings ... and the doings of birds....

We KNOW that the winter of 2013-2014 has been a historic irruptive season for Snowy Owls. But who would have thought one would have shown up in downtown DC, right near the Washington Post building at 15th and L streets? It is apparently feeding on rats - of the rodent, not human, kind. There are a lot of both in the nation's capital. 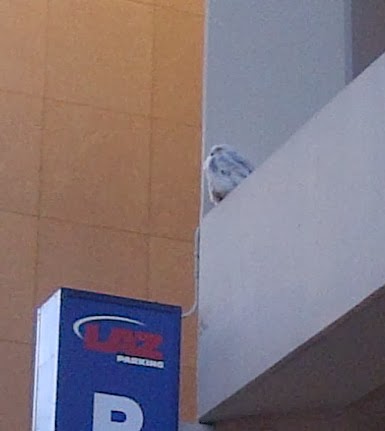 We apologize for the quality of this pic and those to follow. A BlackBerry camera is better than nothing sometimes!

Warren travels once in a while with Secretary of State Kerry - and misses Lisa terribly when he does! It's mostly work, work, travel, travel, sleep, but there are fleeting moments to look around: 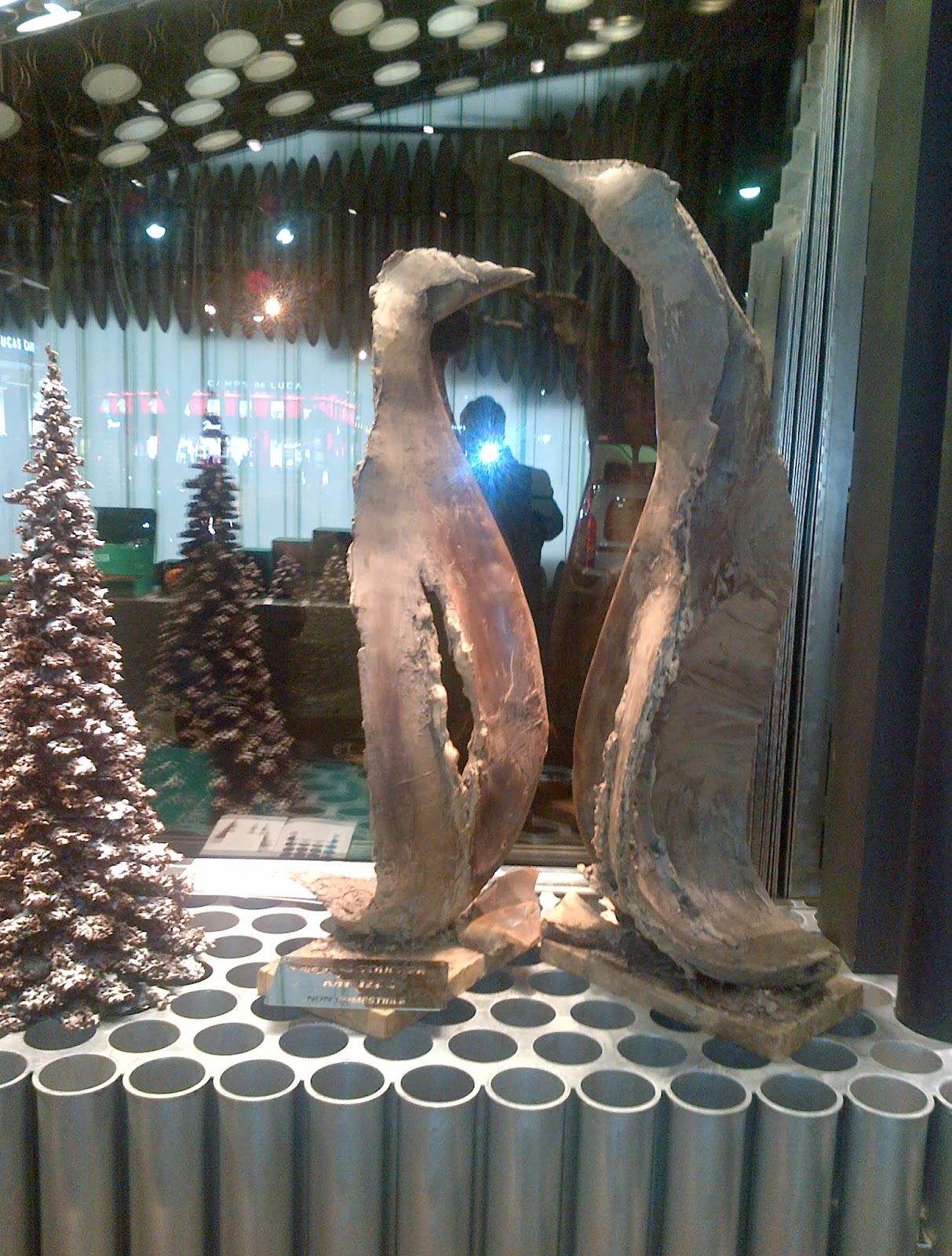 This is an amazing chocolate shop in Paris - W didn't even take a pic of the ginormous choco gorilla - not far from La Madeleine. Yes, that is a chocolate Christmas tree - with marzipan ornaments. Yum!

The next day, during a brief stop in Rome (well, actually, the Holy See), I spotted a bird that looked very much like a Herring Gull, but with a different mantle and bright yellow legs. Thank you, Lord - a life Yellow-Legged Gull: 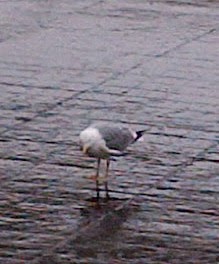 And then home to the Princess.

Posted by Warren and Lisa Strobel at 9:56 PM 2 comments: Links to this post

Spring is in the Air!

Well... it doesn't really feel very spring like in Maryland yet, but an Eagle at Blackwater Refuge in Cambridge, Maryland laid the first egg of the season yesterday!

Makes you a little happy, right?
Posted by Warren and Lisa Strobel at 9:43 AM 1 comment: Links to this post 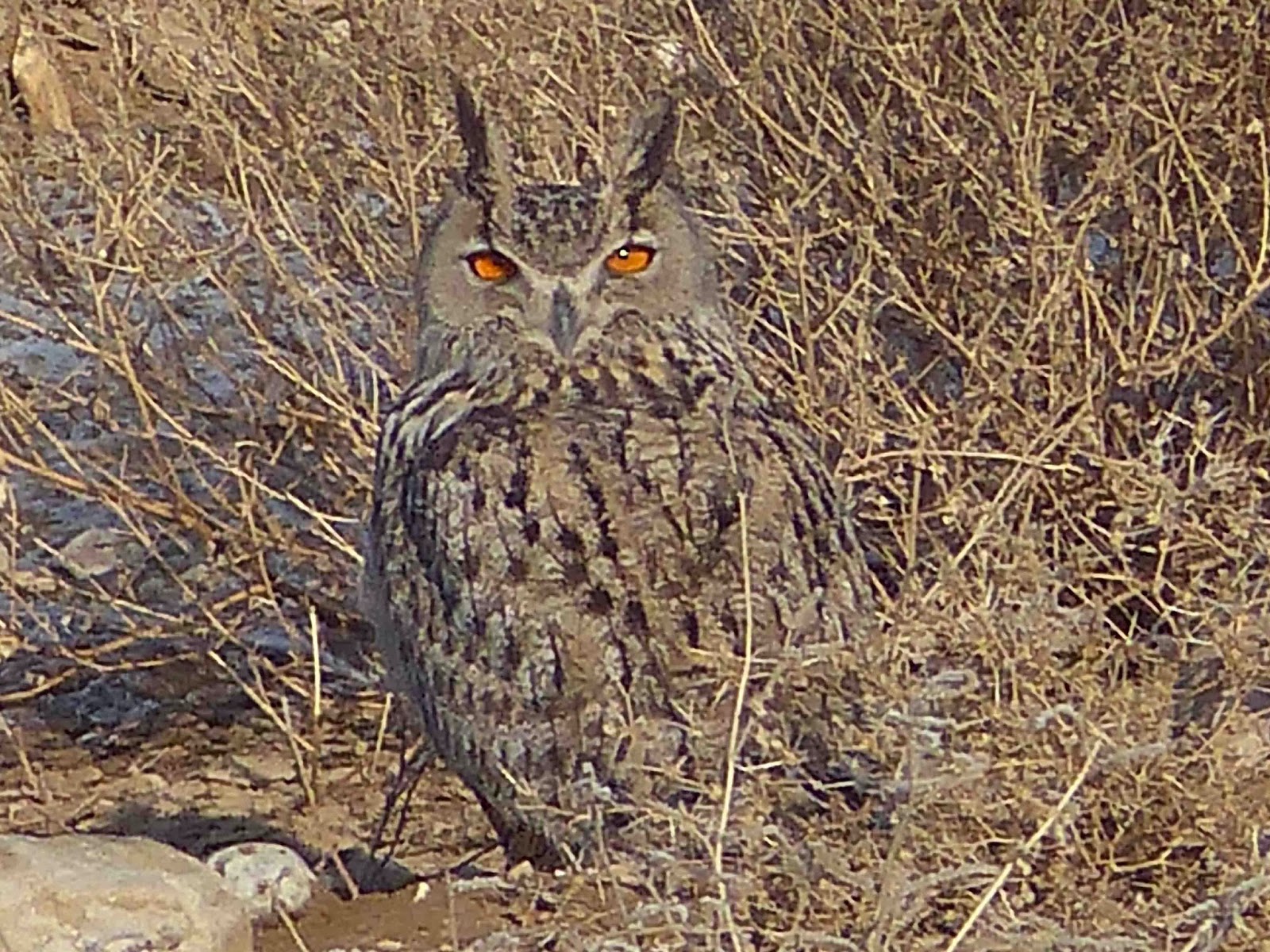 We know, we know, that's not a Snowy Owl up there. It's a Eurasian Eagle Owl photographed by our friend Peter Kaestner, who is currently in Afghanistan. Those eyes are incredible, right?
Back to the topic de jour - in case you hadn't heard, there is a great project underway to track Snowy Owls and take advantage of their historic southward irruption and learn more about their habits and movements.
It's called Project Snowstorm. They write on their website that "almost nothing is known about the local and landscape-level movements of snowy owls on the wintering grounds, nor about their nocturnal hunting activity and range size."
Several owls have been tagged with radio transmitters and the results are amazing. Check out the cool maps of SNOW movements.
We leave you with another awesome bird. We photographed this Greater White-Fronted Goose, found by Tom and Rob Ostrowski, at Greenbelt Lake:
﻿ 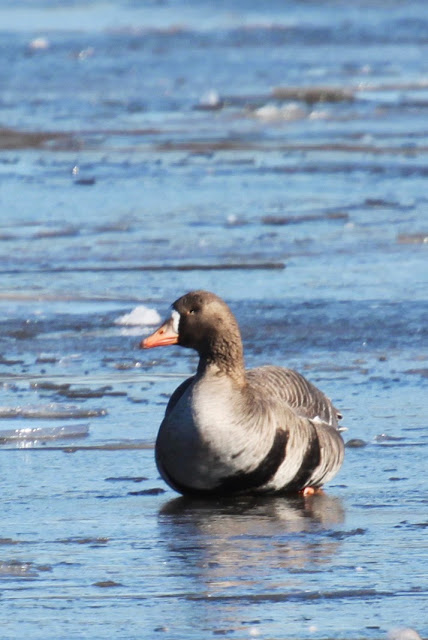 Posted by Warren and Lisa Strobel at 2:29 PM No comments: Links to this post

Is a lot of birds.  Especially if you see all 750 species in one year and you break the big birding year record!

Cute Husband and I have definitely noticed an increase in the birding tribe over the last year.   Mostly younger folks who became engaged through the movie The Big Year.  Now we are meeting new birders at a rare bird and find them logging onto Ebird to compete with old time Maryland birders or talking to Cute Husband about his strategy for his Maryland big year.   It is thrilling to feel their excitement and enthusiasm for a past time that Warren and I love so much.


"Once you're keyed in, you're always birding.  You don't GO birding, you ARE birding all the time"
Posted by Warren and Lisa Strobel at 12:44 PM No comments: Links to this post 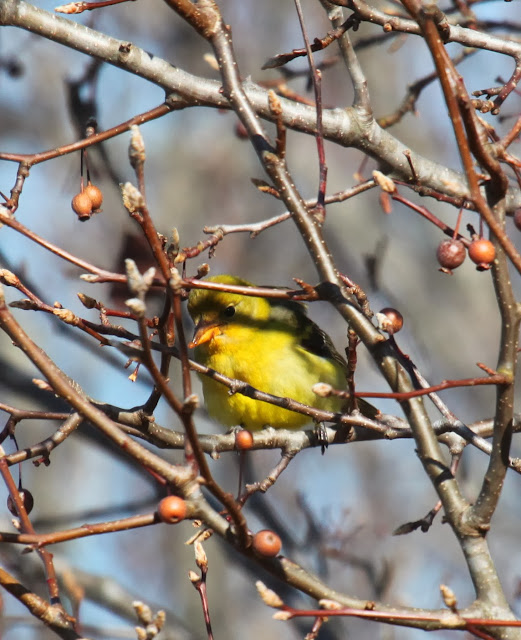 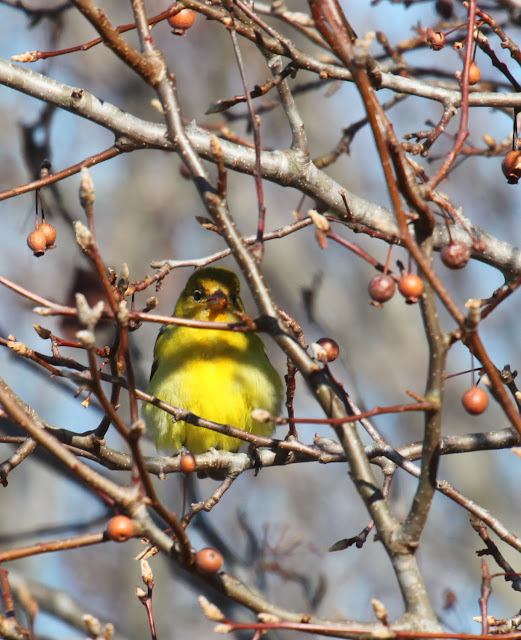 Happy New Year to one and all, wherever you are! Lisa and I had a great Jan. 1, 2014, seeing a bird we had never seen before on the very first day of the year. This Western Tanager. from the western United States, is a rare vagrant to where we live.
After an agonizing hour-long wait, it popped into view and began chowing down on these Bradford Pear trees. Many thanks to the kind folks at  Deer Run Golf Club near Ocean City, Maryland, who have been very accommodating to the large number of birders coming to see this cutie.
What will the rest of 2014 bring?
﻿
Posted by Warren and Lisa Strobel at 7:48 AM No comments: Links to this post