The Great Snowy Owl Invasion of 2013 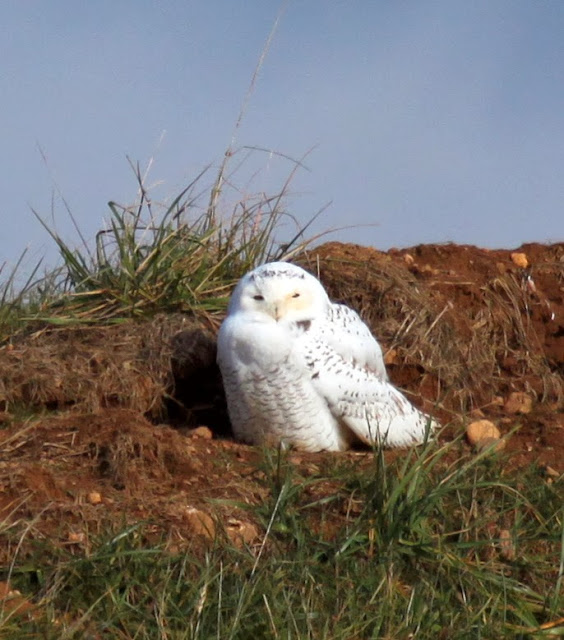 Snowy Owl near Frederick, Maryland, 12/7/2013
As most serious birders on the U.S. East Coast know by now, we are seeing a major invasion - or, to be technical, irruption - of Snowy Owls coming down from the north.
No less than half a dozen have been seen in Maryland alone, in 5 or 6 different counties. (Still waiting on that Anne Arundel County Snowy!!)  Our local newspaper, the Annapolis Evening Capital, has even noted the phenomenon.
The ever-useful eBird has a great article on the irruption, with maps that compare this year's influx with a similar one in November-December 2011. It's fascinating - eBird sightings this year show Snowy Owls concentrated in the northeast and Great Lakes, whereas two years ago they moved into a much broader area, including the Upper Midwest and the Northwest U.S.
Here are Snowy Owl sightings this year, as of December 3:  Note the one in Bermuda! 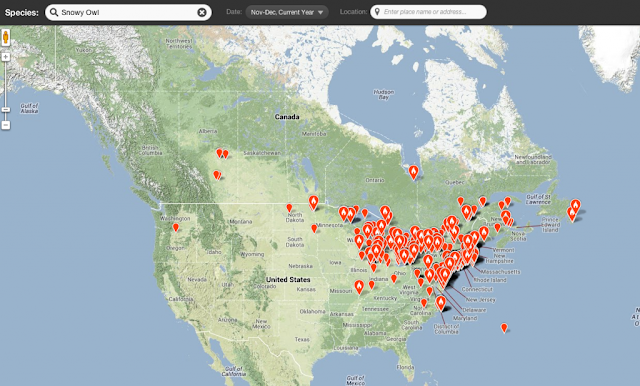 One prevalent theory is that the influx is due to a particularly good lemming (food!) season for the owls in the high Arctic, which meant a very successful breeding year, with an excess of young birds now pushing south to look for food.
What a beautiful bird!! That one up there in the picture is only the second time Lisa and Warren have seen a Snowy Owl. We are happy to welcome them southward for a while. Go find yours!
﻿
Posted by Warren and Lisa Strobel at 5:31 PM