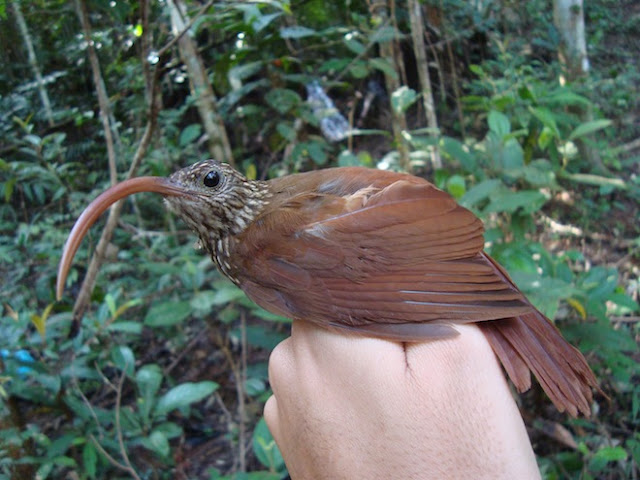 
According to this article in Wired magazine, this is the largest number of new species described in Brazil since 1871.

Wired goes on to say this: "Discovered mostly within the last five years, in southern swaths of forest, many of the birds live near rivers. Eleven can only be found in Brazil; four of the species have also been seen in Peru and Bolivia. Most are Passeriformes, belonging to an order that includes ravens, sparrows, and finches."

Wonder what they are going to call this: 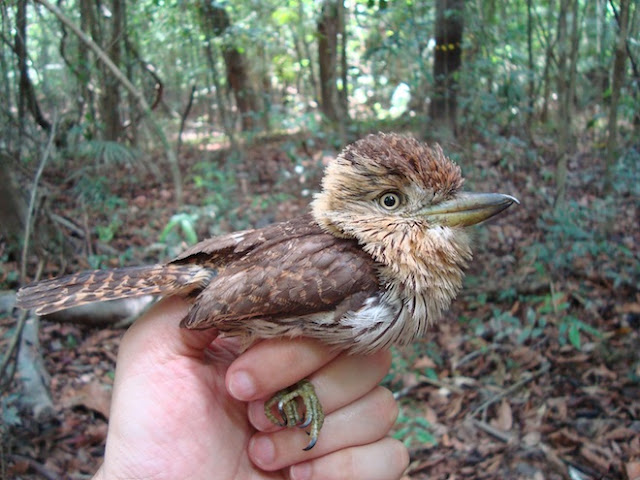 To our eye, this bird looks reminiscent of a Vireo. But researchers say it resembles the Black-Capped Antwren: 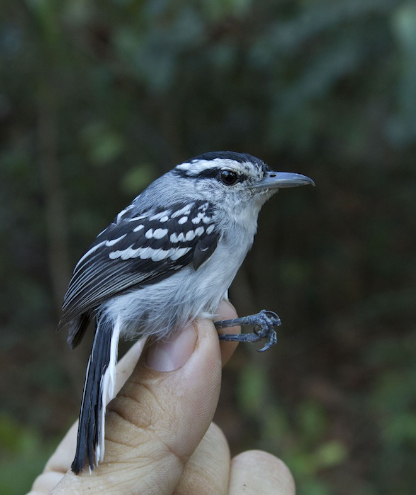 Reminder to selves:  more good reasons (as if they were needed) to save the Amazonian rain forests.


Posted by Warren and Lisa Strobel at 4:07 PM

There's so much out there that's well hidden from us "civilized" folks.
Maybe the new 15 will make up for the lost species...