Along with a lot of human misery, "superstorm Sandy" brought in scads of unusual birds from far afield. Normally ocean-going or coastal species like Pomarine Jaeger and American Oysterctacher were found far in land, up major rivers and tributaries.

These Red Phalaropes, the most ocean-going of the three Phalarope species, were a life bird for us. They were on the lake behind Conowingo Dam, along the Susquehanna River. 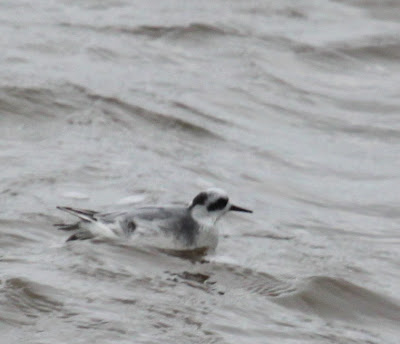 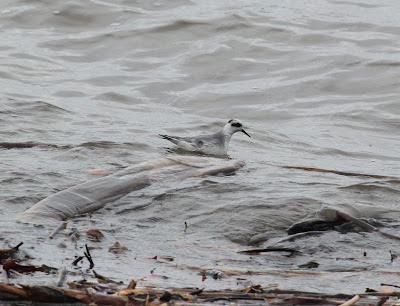 Lisa would LOVE to see one of these Phalaropes in its stunning red winter plumage some day! 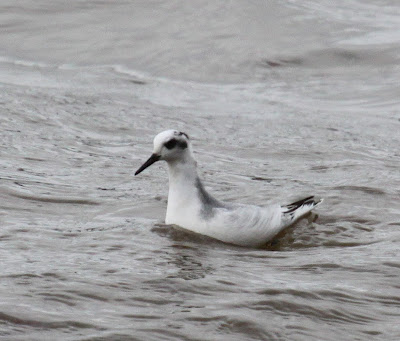 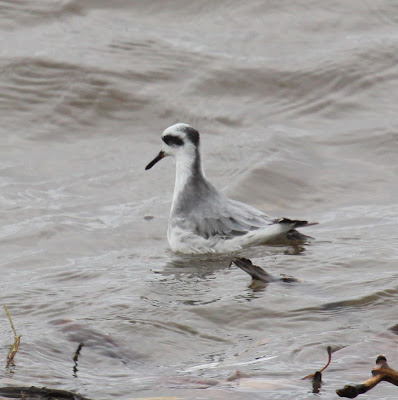 There had been 5 or more Phalaropes at this location right after Sandy, along with Pomarine Jaegers. Iceland Gulls and other crazy stuff. We felt thrilled that a pair were still there, and gave us great close-up looks.
Here's a Reuters article about post-Sandy birding in the New York city area. 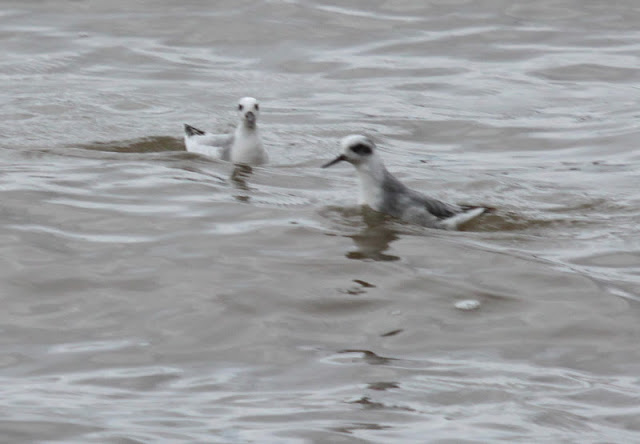 Posted by Warren and Lisa Strobel at 7:52 AM

Cool! We were hoping to see some after the storm..but nada! Hope all is well!