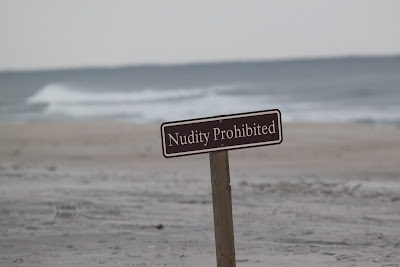 You never know what you'll see on Assateague Island, off the Maryland and Virginia eastern coast, in October, the month of rapid migration of bird and beast.

One thing you won't see is Birdcouple birding nude. We don't do that. Well, not in October, anyway.

Peregrine Falcons were on the move as we walked the beach on Saturday and Sunday. We saw at least a half-dozen shoot by in less than 24 hours! 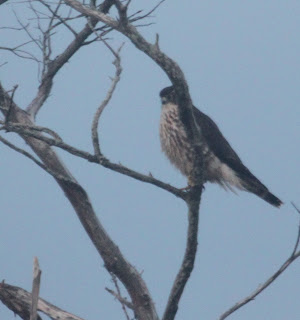 Later, we found this plaque that informed us how Assateague Island is a major migration crossing point for the tundrius or arctic subspecies of the Peregrine. Click the link here and you will read some wonderful words concerning this bird's endangered status: "Delisted due to Recovery." 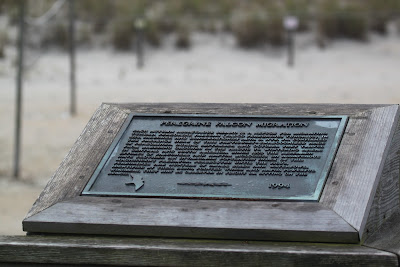 Not delisted, but hopefully getting the protection it needs, is the endangered, and very soulful, Piping Plover. W and L practically stumbled over this little guy: 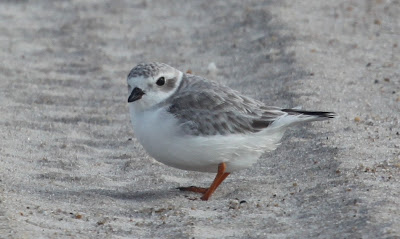 Red Knots are also endangered. So many special species in one place in October. 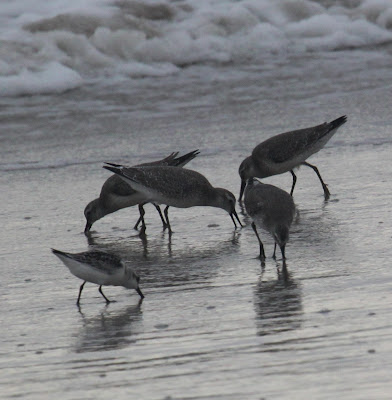 Also on the move: Tree Swallows, Brown Pelicans, dolphins. Hint to pelicans: you are going the wrong way. South is the other way.

There were beautiful scenes... 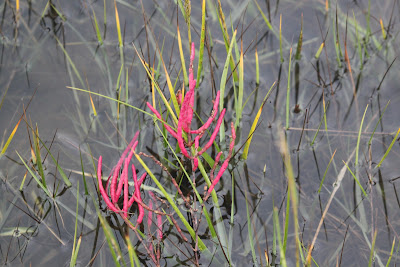 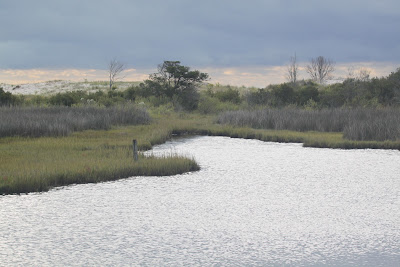 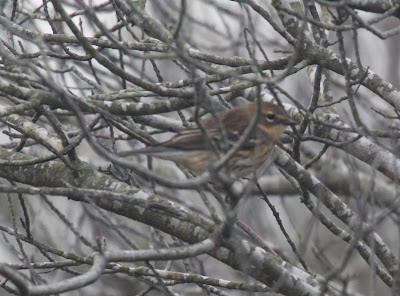 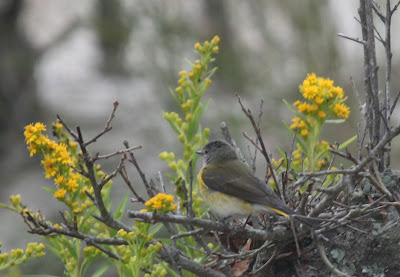 Posted by Warren and Lisa Strobel at 8:14 PM