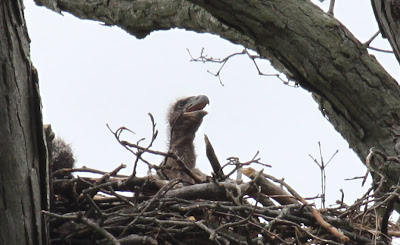 Princess and Warren went a-birding on May Day to Susquehanna State Park, which is near the (wait for it!) ... Susquehanna River in northeastern Maryland. We were hoping to see lots of little warbly things, and that we did, but our birding wasn't size-limited.

We stopped at a locally famous Bald Eagle's nest just outside the park, in use for a decade or more, and so large and heavy that it's beginning to tilt backward. 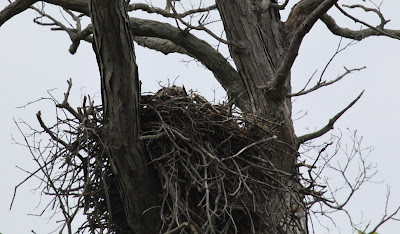 After several hours walking and chasing birds, it was relaxing just to watch a wildlife spectacular unfold before our very eyes: 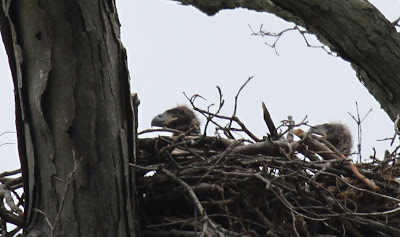 A third eaglet was hidden behind the tree trunk on the lift. Given the competition for food in the nest, only two of the three eaglets may survive.

We knew the parents weren't far away, even though they were unseen for long minutes. But when a kettle of vultures began to get too close to the nest, one parent (papa, we think) swooped in.. 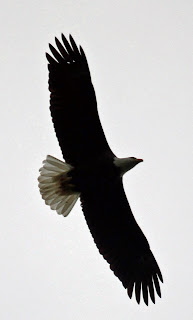 This Grey Catbird falls in the medium category, and we don't mean that as an insult. A handsome bird indeed: 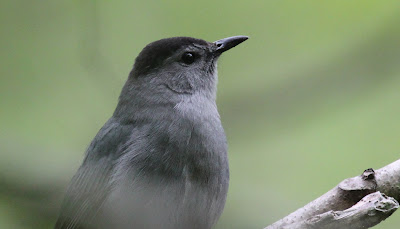 And then there are our warbly friends, jiving and twittering and generally making themselves difficult to identify and photograph. This Worm-Eating Warbler was more cooperative than most: 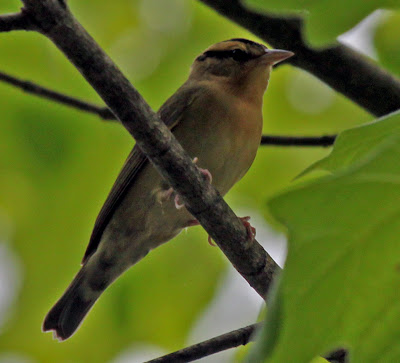 Once more with feeling: 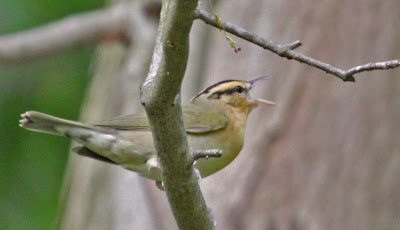 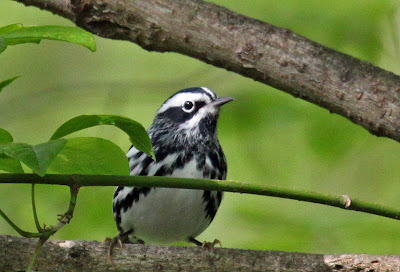 Posted by Warren and Lisa Strobel at 8:25 PM