Before we talk about what we did this weekend, we want to give a big shout-out to friend Paul Baicich and all the others who helped organize the New Year's Bird Count for Kids in Washington, DC. The Washington Post ran a nice feature article on the event, along with several pictures of you-know-who. Nice to see some young minority birders out there.


Birdcouple would have joined the fun, but we were out in far, far western Maryland with the boys (OK, young men) for a ski-ing and winter sports weekend at Deep Creek Lake. No ski-birding was done - in fact no skiing was done by W &L - but we did do a little bit of birding in and around the other fun, and in between the near-constant snow. 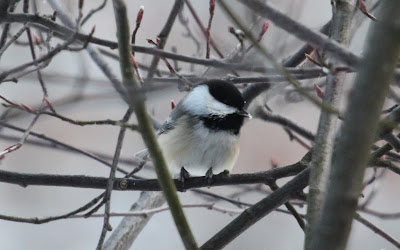 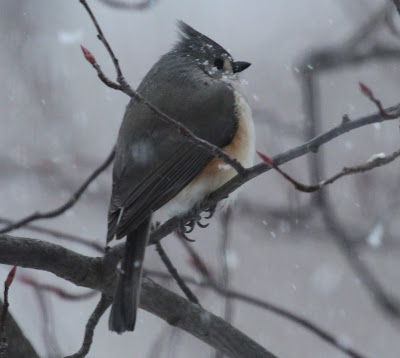 This Tufted Titmouse was waiting out the snow. 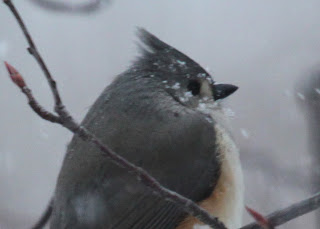 These photos were taken at the feeders at Deep Creek Lake Discovery Center, a really nice environmental interpretative center at the local state park.

After watching our favorite non-avian birds, the Baltimore Ravens, crush the Kansas City Chiefs, we began the drive home to Annapolis - and were delighted when three Wild Turkeys crossed the road right in front of us.
Posted by Warren and Lisa Strobel at 6:07 PM

Hopefully the crossing turkeys didn't cause a vehicle incident.