Our Big January is not complete without... 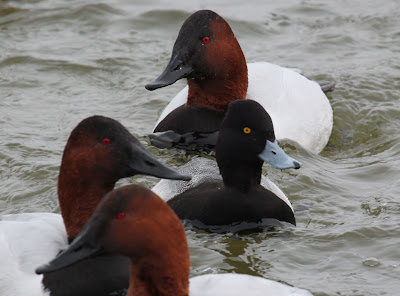 A trip to the Maryland Eastern Shore!
We started the weekend with a goal in mind, to hit 110 species for the month of January.  We discovered our first of the year American Wigeon at the Cambridge Waterfront.  Cute Husband captured this female showing off her assets. 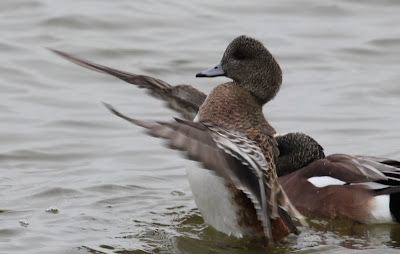 With a strategy in mind, we headed to Blackwater NWR in search of a white pelican who may have been hiding behind snow geese, but he/she never showed for us.

We then met up with Peter Kaestner and his wife Kimberly and zoomed off to Assateague Island in search of this! 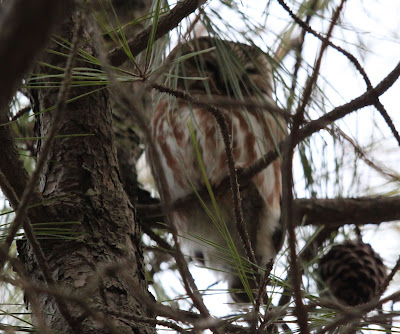 After about a 1/2 hour of searching treetops, Peter discovered droppings and a pellet from this Northern Saw Whet Owl.  Not only was he extremely cute, but he was a life bird for me!  I could have looked into his eyes all day, but it was flipping freezing and... there were more birds to see (hopefully, by the heat of the car). 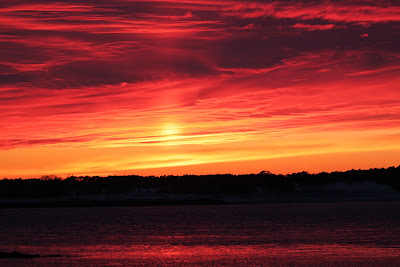 The sun made us a spectacular sunset to enjoy, as we headed in for the day, with more birds needed to make our weekend goal. 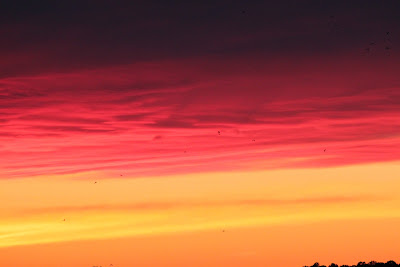 A chilly morning at the Ocean City Inlet produced Black, Surf and White Winged Scoter along with Common Eider and a fly by Bonaparte's Gull. 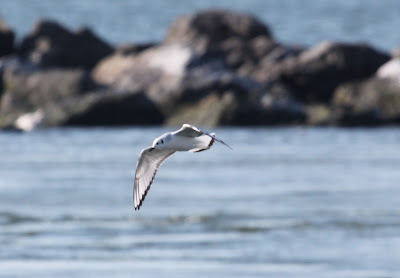 Ruddy Turnstones and Purple Sandpipers were added to the list along with a random Eastern Meadowlark sighting when Cute Hubby and I returned to Assateague Island.

Did I mention it was cold?
Luckily, an assortment of sparrows were enjoying the roadside brush, which allowed for plenty of car birding and sparrow practice.

An American Woodcock sat by the roadside and he became our 110 bird of the year!   Goal met!  Unfortunately, he didn't appear well and was waddling slowly with a drunken swagger. 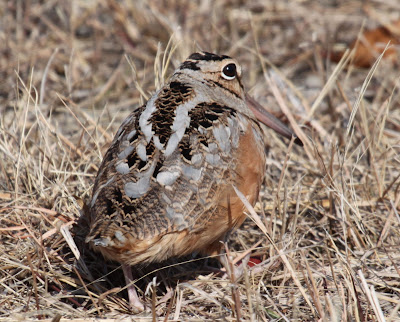 The Cute Guy and I then headed to one of the many romantic spots my guy likes to take me, a landfill.
In search of a Glaucous Gull.  No luck, but we did see lots of garbage.
The perfect weekend!
Posted by Warren and Lisa Strobel at 7:28 AM

What a glorious birding weekend ANd you reached your target. Well done. FAB.

What a glorious birding weekend you had And you reached your target. Well done guys. FAB.

Oh, you are so far ahead of me! I only have 53 species. The snow is keeping me home in my nest but it has brought raptors to my yard. I went to Salisbury Beach last weekend in search of birds and added a few species there but nothing so far this week. I hope I can get out this weekend and at least add a few more birds! Great pics! I would LOVE to see a saw whet owl!

Wow..very impressive! Sounds loverly and well, You have such a romantic man..What a way to end a day:)