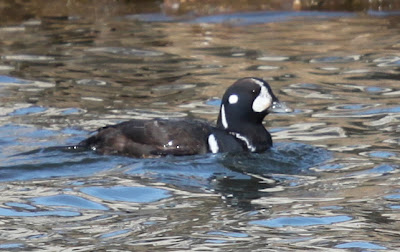 If you'd told Birdcouple on Christmas Day that by the 16th day of January, we already would have seen a mega-rarity (for Maryland) like White-Winged Dove, as well as such unusual treats as Iceland Gull, Rufous Hummingbird and Harlequin Duck (that's a Harley Duck up there), well .. we probably wouldn't have believed you one bit.
But it's all true! 2011 is turning out to be a year for the record books for Maryland birders like us, with new and exciting avians popping up seemingly every day.  There's still a rare Golden-Crowned Sparrow hanging out over on the Eastern Shore, and Orange-Crowned Warblers seem to be hiding around every turn.
Birdcouple is trying to eat it up, especially in the first month of the year, and perhaps even break some of our Maryland birding records, while of course continuing to promote conservation and the environment. We've notched 78 species seen in Maryland as of today, January 19.
Bill Hubick and Dan Haas have some lovely, captivating photos of the recent rarities, and other birds being seen in our region.
The way we figure it, if a rare or special bird shows up, you should not dally in trying to see it.
It may be there.... 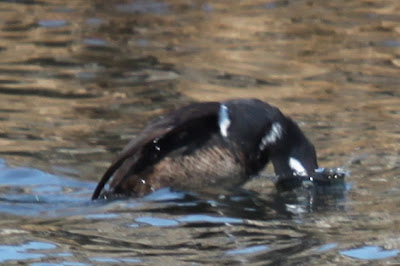 It may be leaving... 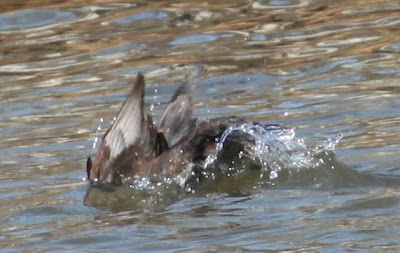 It may be gone. 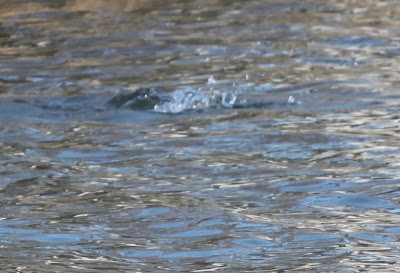 Posted by Warren and Lisa Strobel at 6:34 PM