The Chesapeake Bay at a tipping point

The Chesapeake Bay Foundation issued its most recent State of the Bay report this week, and its a mixed picture at best. The Bay scored 31 out of 100 - that's a failing grade in Birdcouple's book - an improvement over the 2008 report, but still far from where we want it to be. There is some good news, and we should not discount it. Eight of the 13 indicators measured in the report improved, including the status of Blue Crabs in the bay, which showed significant gains. Underwater grasses, critical to the Bay's health for oxygen, food and shelter for other organisms, also improved measurably.
The CBF describes the Bay as at a "tipping point." And on Wednesday, the Environmental Protection Agency announced a pollution diet for the Bay that will set legally enforceable limits on phosphorous, nitrogen and sediments flowing into it from six states. Past federal efforts to clean up the Chesapeake Bay have failed. Will this one be different?
Here are some reminders, of the avian variety, of how precious the largest U.S. estuary and its surrounding lands are: 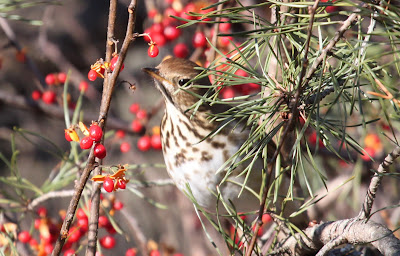 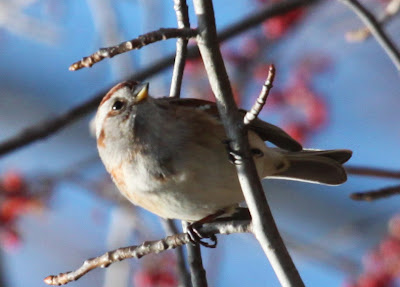 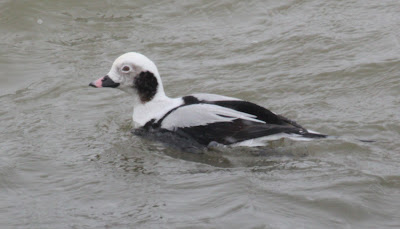 Long-Tailed Duck
Posted by Warren and Lisa Strobel at 9:47 PM