Keeping abreast of bird and birding news, good and bad.... 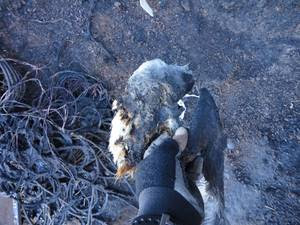 Parque Natural da Madeira
* BirdLife International is urgently asking for donations for Zino's Petrel, Europe's rarest seabird. The species, which nests on a few mountains on Madeira Island, was devastated by a massive forest fire in the area this month. You can donate here to help with recovery efforts.
* In happier news, we learn from the American Bird Conservancy that the EPA and Bayer CropScience have come to an agreement to phase out the production of the pesticide Aldicarb by 2014, and its use four years later. Aldicarb, which can be extremely lethal, has been documented in numerous bird kills, including of Bald and Golden eagles, the group says.
* Tomorrow - that's Friday the 27th - Princeton University Press is giving away two bird books. More on their Twitter page.
* And here is the New York Times on an under-appreciated birding region in Peru. Lyre-Tailed Nightjar? yes, please!!
* Finally, we are glad our friends over at Birds from Behind blog are in a better frame of mind.
Posted by Warren and Lisa Strobel at 4:07 PM

Better frame of mind? I don't think there is a frame for my mind...but I'm gonna have a good time anyway!