Playing in the Snow... 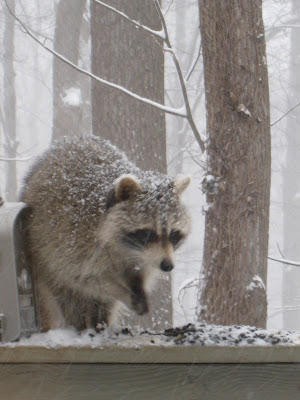 Cute Husband and I were more than surprised when one of our neighborhood friends showed up in broad daylight yesterday during the worst of the snow to make an inspection of the bird feeders. 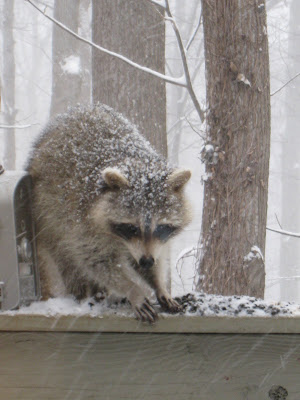 The poor guy had a bloody foot and kept chewing the ice from between his little toes. 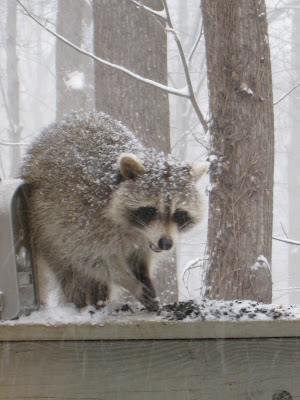 For the first time ever, we didn't try to scare him away, but just let him munch on the mixture of sunflower seeds and chopped cashews. 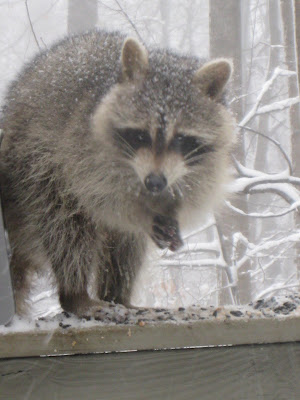 Today was bright and sunny and allowed for the inevitable dig out.
After we shoveled our way out to road and uncovered our cars, Warren had to start work on his story for the day, which meant no time to play with me.
So, I decided to follow Raccoon's tracks down the bank and through the woods to see the place raccoons call their LoveNest.
His (or hers) were the only tracks from the deck and the whole task seemed easy as pie. 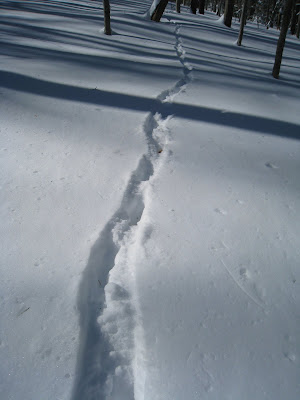 The only problem was that raccoons weigh in at about 30 lbs and I weigh in at ....
something WAY above 30lbs. 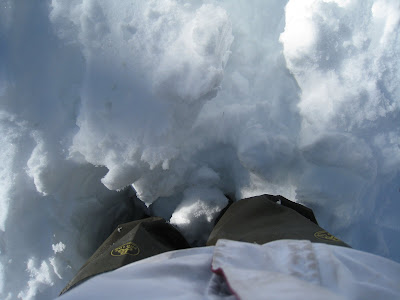 Where raccoon could snow shoe above the 3 feet of snow, I plunged and trudged through it. 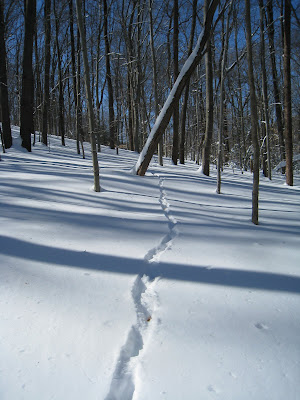 Following his little tracks and hunting expeditions of yesterday...

Making my own set of (or swath of) tracks through the back woods. 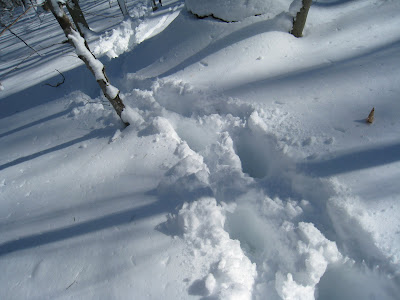 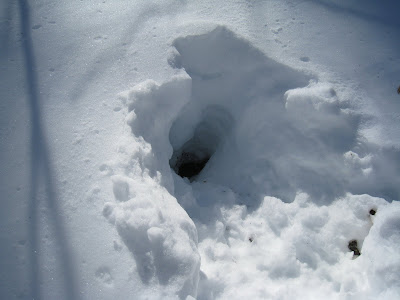 The day was so beautiful and the woods were so quiet, I couldn't help but think of my Dad, as trudging through the snow tracking something would have been right up his alley.

I sent him a some good thoughts and hoped for an answer, but apparently he is still busy getting used to his new digs, floating on some clouds, sharing hunting stories with his Dad and arrowhead hunting with his Uncle. 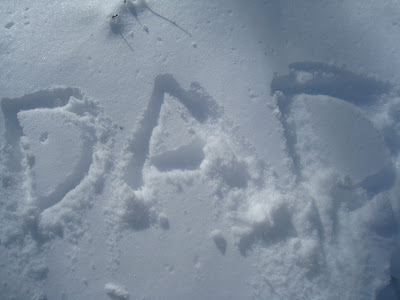 After about an hour, I realized that Raccoon lived pretty darn far from our deck. I also realized that I really need a pair of snow shoes, as trudging through 3 feet of snow is exhausting. 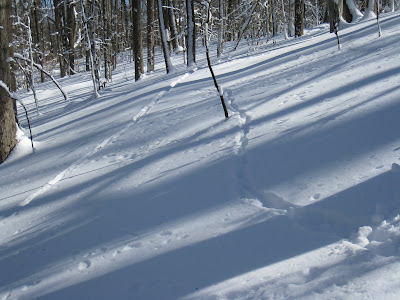 I decided to leave him some carrots on a felled tree that he had dug around yesterday... 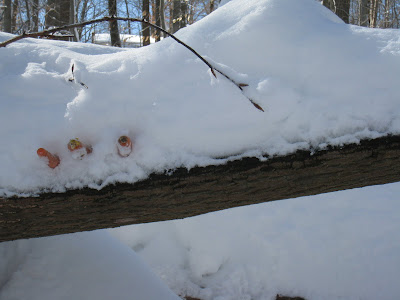 and make my way back to Cute Husband... 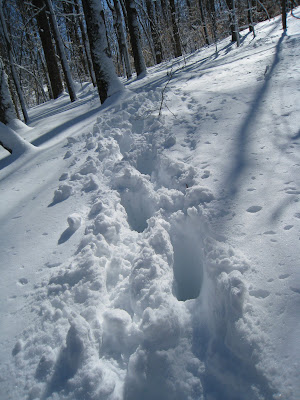 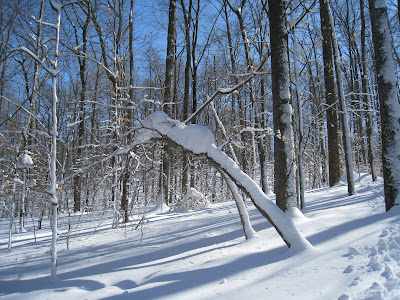 Posted by Warren and Lisa Strobel at 4:59 PM

Great photos and words to go with them! L and V