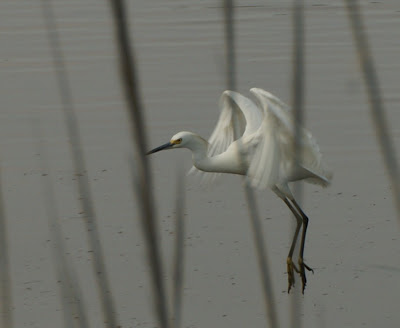 Warren, who's on "stay-cation" this week, partly to chill and partly to get young Adam ready for college move-in tomorrow, took a day to himself Monday and went birding. The place was the Delmarva peninsula and the targets were shorebirds, which are in southward migration this time of year.
Where better to go than Bombay Hook NWR? It never disappoints, and it didn't this time. This Snowy Egret coming in for a landing was just one among a crowd of egrets, herons, dowitchers, sandpipers, avocets, stilts, terns and more. From a pure birding perspective, the top birds were a pair of Hudsonian Godwits, which had been reported at the visitor center, but couldn't be found by Warren and a half-dozen other birders until they untucked their heads from resting position and showed us their huge Godwit bills!
Warren even got to experiment with ebird Trail Tracker, which is sort fo like eBird to go, at the Visitor Center.
Here's that Snowy Egret from a different perspective: 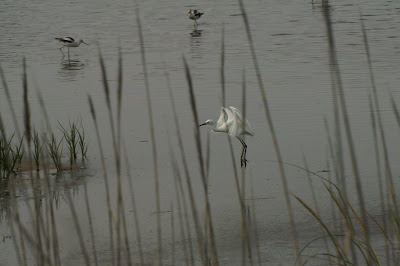 The other stars of the day at Bombay Hook were American Avocets. They normally stay on the far side of the pools from the observation drive, but this time were helpfully close: 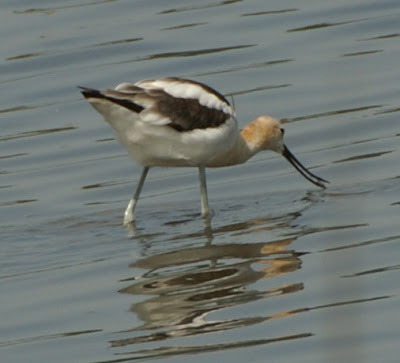 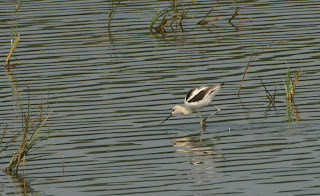 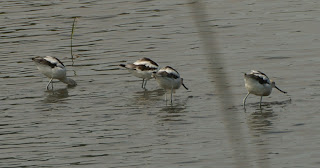 All told, Warren put 280 miles on his 2001 Mustang convertible, zig-zagging around the Delaware coast and then over to Dorchester County, Maryland, to add Bank Swallow to his list of Maryland birds and visit the lovely little town of Hurlock, Maryland, where Birdcouple has never been before.

That Mustang has more than 177,000 miles on her, but she is a beast and did not complain one bit. 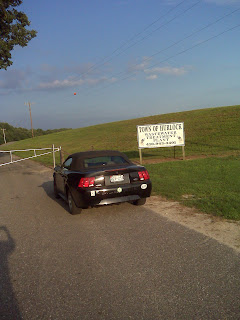 And then it was home, Warren and his car, exhausted, to lovely Lisa...

Posted by Warren and Lisa Strobel at 5:41 PM

Ahhh..Bombay hook! love it!
Looks like you had a good birdie day. glad the Godwits showed their heads!
Good luck with the college move in.:(

Your post gets me revved up - we have another trip for family stuff to Cape May this weekend, but I'll get the time to bird. Hoping the shorebird numbers are good.