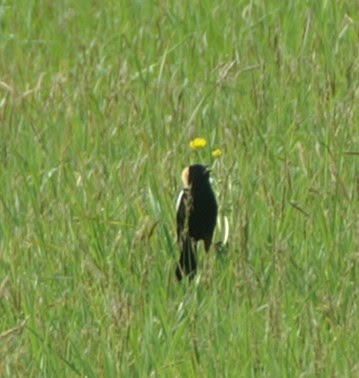 I've always thought the Bobolink is kind of a crazy bird. Look at that crazy color scheme - black and gold and white. Not to mention its crazy, complicated song, or the odd way it flutters down to a landing in a country field like this one.
Well, Warren, Dan Haas and Chris Murray birded like a trio of crazy Bobolinks on Memorial Day. We left Annapolis at 2:45 a.m. and headed like mad for the far reaches of western Maryland, where beautiful birds of the mountains awaited us. (For those of you who don't know Maryland, it may not be the biggest state in the Union, but it's a loooooooong way from the Chesapeake Bay to the mountains of Garrett County.

We arrived at Finzel Swamp at 5:45 am, as the sun was rising, and proceeded to bird like madmen for the next almost 7 hours, given a guided tour by local birder and biologist David Yeaney.

By the numbers, we tallied 101 species, including 18 species of warbler, 5 vireo species, 7 types of flycatcher and more. For Warren, there were 2 life birds and 7 new ones for his ever-growing Maryland state list.
But numbers don't tell the story. They don't describe the excitement and beauty of hearing three Cerulean Warblers, a seriously threatened species, calling from the canopy. 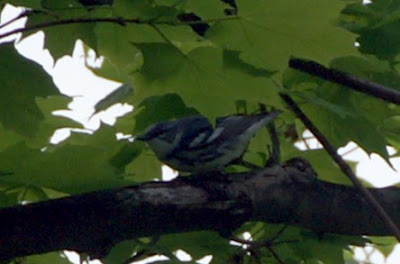 Even the common ol' Song Sparrow looked and sounded better than usual. 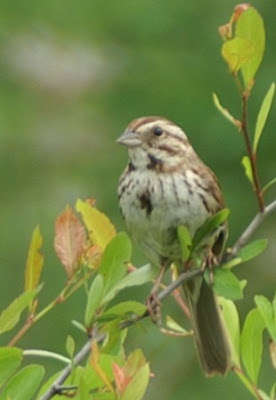 It was last bit of May madness, to celebrate the end of spring migration, which is trickling to an end along the mid-Atlantic seaboard. Up in the mountains, our neotropical migrants were singing, and some of them appeared to be setting up nests -- those that don't migrate all the way to Canada's Boreal Forests.

This Rose-Breasted Grosbeak wasn't interested in anything but chowing down. 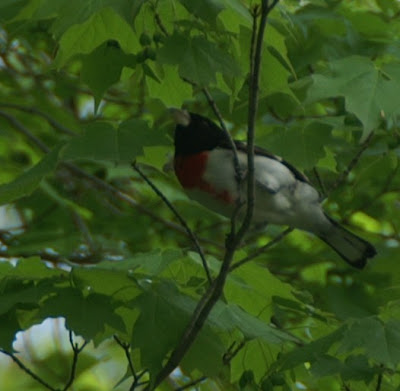 It was a magic day. Aside from the Ruffed Grouse (sorry, Dan), every bird we were looking for announced itself in song virtually the moment we got out of the car. The credit goes to David's incredible local knowledge. The birds came almost too fast to count: Cerulean Warbler, Blackburnian Warbler, Bobolink, Henslow's Sparrow, Golden-Winged Warbler, etc, etc..

And then, as the clock neared 1pm, we headed back through rain and Memorial Day traffic to be with our families and friends at an end-of-spring party/BBQ at the Lovenest. Warren even did the grilling.
It was perfect day, but ... Lisa stayed home from birding to prepare for the par-tay. Birding's always perfect-est with you princess. 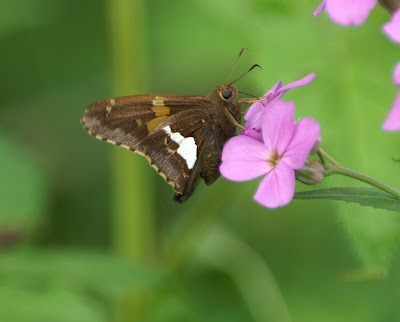 Posted by Warren and Lisa Strobel at 5:54 PM

U da man Warren, birding all day then partying all night! Thanks for a great afternoon and the wonderful pictures. The moth is an impressive shot.

Yeah .,..rub it in...the Cerulean is our Nemisis bird...always hearing it never seeing it!
So cool that you got a photo! boy am I jealous!
Sounds like you had a great weekend!
Happy Birding!