Update: Gary Stolz, Refuge Manager at John Heinz NWR, e-mailed us to say that the Bald Eagles there are the first nesting pair recorded at the refuge. Isn't that wonderful news?!

As Lisa blogged a few days ago, we had a wonderful time last weekend giving a talk and meeting folks at Terrain at Styer's, a unique home and garden store just outside Philadelphia.
Afterward, we escaped for a couple of hours of chilly birding and walking at John Heinz National Wildlife Refuge. We like this refuge for the following reason: It is tucked right off of the I-95 industrial corridor, just a stone's throw from Philadelphia International Airport. It seems completely out of place, dominated by interstate highways, plane noise and urban development on all sides. And yet, it shows the value of conserving even the most unlikely parcel of green - 280 species of birds and many mammals have been seen there, and it is part of an important tidal marsh.
As I said, it was quite chilly, but we saw some nice sights all the same:

A Ruby-Crowned Kinglet flashing its crown: 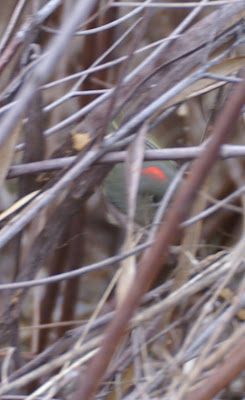 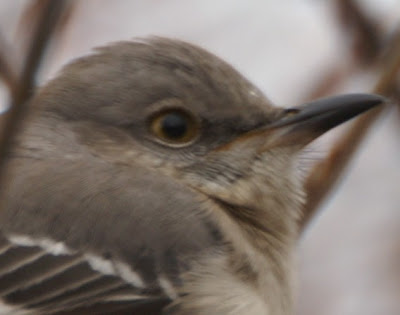 A Great Blue Heron walking carefully on the ice: 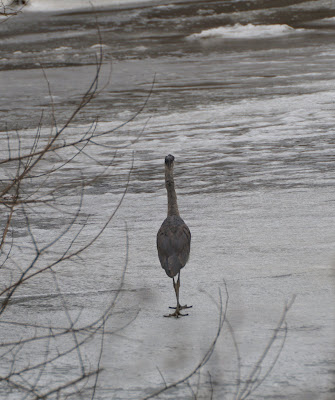 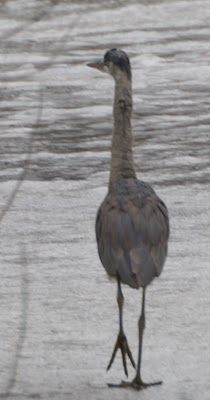 A Bald Eagle (they are nesting here) in a distant tree: 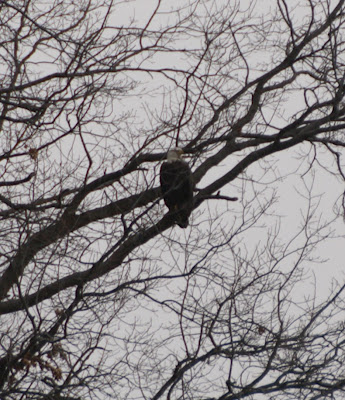 A Belted Kingfisher fishing from a snag: 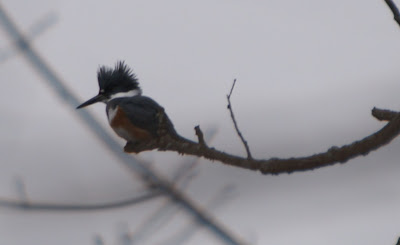 Posted by Warren and Lisa Strobel at 2:03 PM

Been wanting to get to Heinz to look for the eagles, and saw one yesterday flying low over I-95 as I passed the impondment. I saw a raptor flying over, and only got a quick look since I was changing lanes, but saw the white head at the last instant.