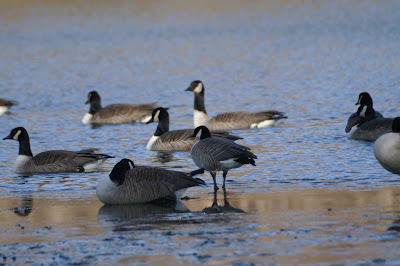 Paul Baicich and I were walking around Centennial Lake in Howard County this morning (Princess Lisa was down with a bit of a cold) when we ran into Joanne Solem of the Howard County Bird Club and a friend, who had their 'scopes on a Cackling Goose. ... They did the hard work, scanning the flock. All we had to do is walk up and say, watcha got? And there it was. 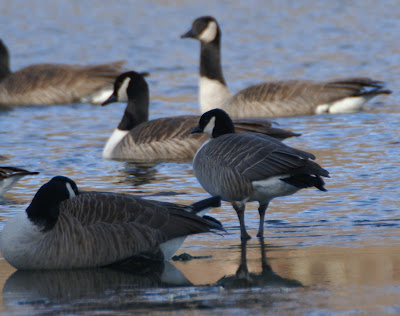 I still have a bit of a hard time separating our common Canada Goose (in the background here) from the Cackling Goose. The two used to be considered part of the same species. When you see a small Canada Goose, or one with its head really tucked in, your brain tries to turn it into the much rarer (at least in the Eastern U.S.) bird. 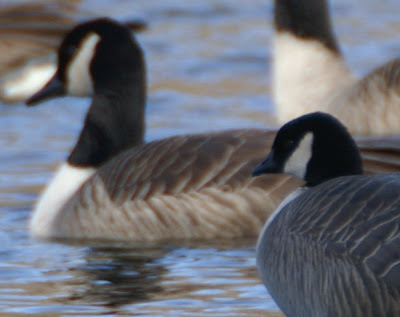 So this was a great learning experience. This picture clearly indicates the differences. The Cackling Goose (in the foreground) has a much smaller, stubbier bill and a much smaller, compact head, as well as a darker back (not a sufficient fieldmark alone to ID the bird). They really do look different. Live and learn. 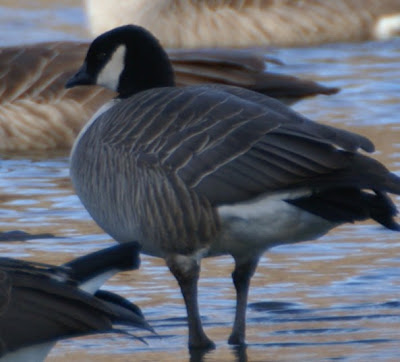 We also had some very cute Eastern Bluebirds playing around in a tree with berries. 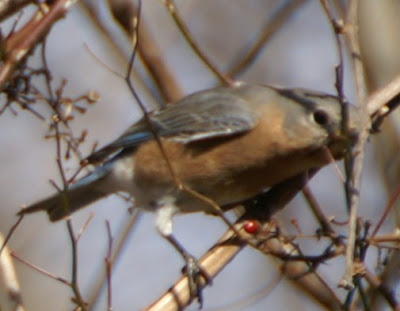 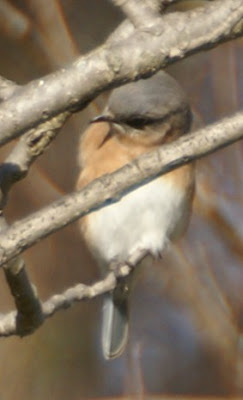 Posted by Warren and Lisa Strobel at 6:37 PM