After doing his civic duty and taking Adam on a college visit to the University of Maryland-Baltimore County on Tuesday, Warren headed over to Piney Run Park in Carroll County, one of Maryland's 23 counties that Birdcouple has not spent a lot of time birding in.

Looks like all the birds were elsewhere, maybe standing in line to vote: 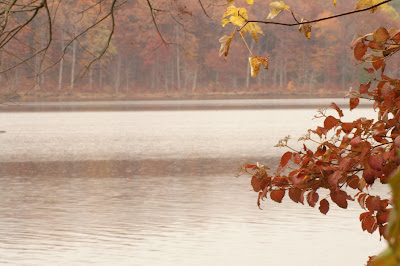 Seriously, photo conditions were bad -- grey skies and intermittent showers. I think the pattern of rain falling on a body of water is really extraordinary: 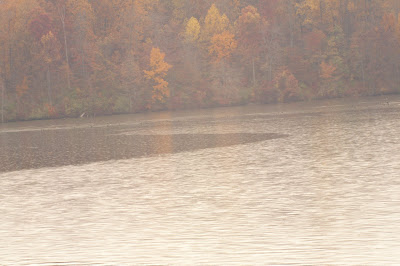 And there actually were a lot of birds - waterfowl, to be precise. Ruddy Ducks, Ring-Necked Ducks, Bufflehead, American Wigeon. And American Coot. I had the distinct sense that the birds had just arrived from parts north, but had no way to be sure.

This Ruddy Duck is pretty, but a lot less bright than the ones we saw in mating plumage in North Dakota in June: 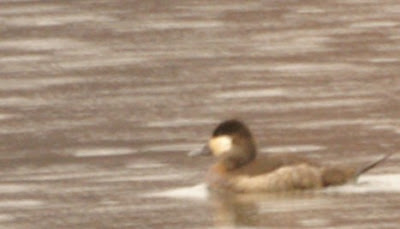 P.S. - A hearty Birdcouple shout-out to UK birders Alan Davies and Ruth Miller of The Biggest Twitch, who in late October appeared to have broken the world record of bird species seen in one year, which was 3,662. They're at 3,718 and counting....

Posted by Warren and Lisa Strobel at 11:45 PM