WELL, we can hardly think of a better way to spend a weekend than chasing birds and sharing the good company of two of our dear friends, Paul Baicich and Lisa Rock. The birds, the laughs, the fine food. Who cares if it looks like THIS outside: 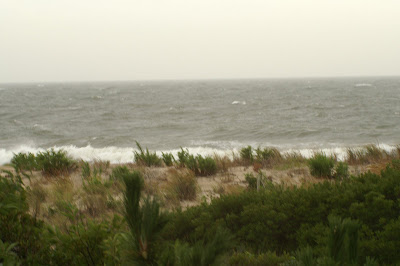 Yes, that's the outer bands of Tropical Storm Hanna, ripping right up the old East Coast. We were sitting pretty at a certain little beach house in Fenwick Island, Delaware. As it happened, the worst of the storm went well to the west and north of us, drenching Washington, DC, and northern Virginia.

We knew Sunday, the day after, was going to be a nice day. And we hoped the storm might bring in a few vagrants pushed off course by the wind. Some intrepid birders did indeed see things like Cory's Shearwater, Parasitic Jaeger and the like. We missed those fellas, but had a heck of a time all the same.

And the weather Sunday was indeed gorgeous. 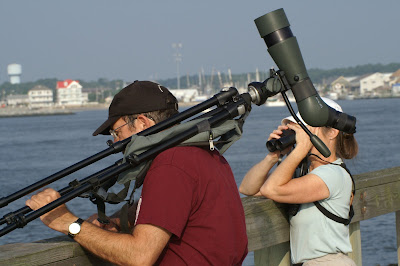 That's Paul and Lisa, doing some pretty intense birding. Notice Paul's shirt sleeves? This is the first time I can remember birding at the Inlet at Ocean City, Maryland and not absolutely freezing my tail off. Maybe that's because we are always there in February? 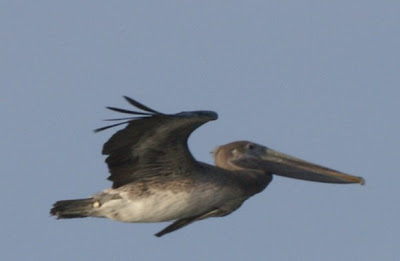 This Brown Pelican and his buddies were enjoying the weather, too. 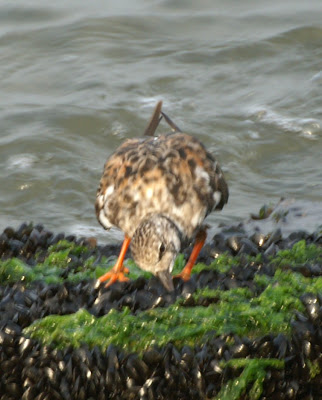 Ruddy Turnstones were frollicking along the jetties the day after the storm, searching for bits of food along the rocks. 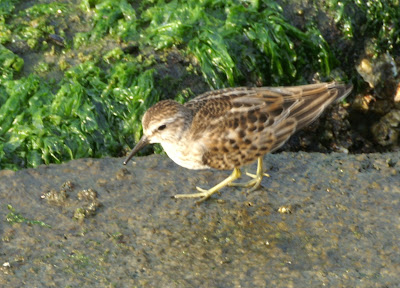 A Least Sandpiper showed up just below us on the rocks, giving some really good looks at this bird. 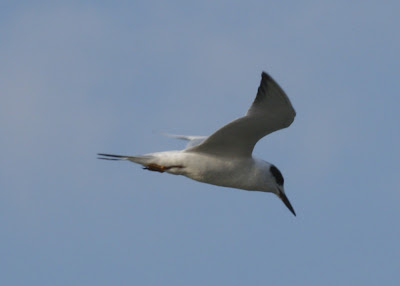 We did see several rarities during the two-day trip, including Piping Plover and Red Knot (both are endangered species). Also Black Skimmer, one of Lisa's favorite birds. But the common birds are fun, too, like this Forster's Tern. They seemed to be everywhere we looked Sunday. 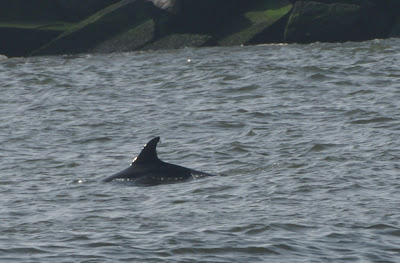 And there were an amazing number of dolphins. We saw them at three or four points along the Maryland and Delaware shore. Is this migration? A post-storm feeding frenzy? Don't ask a birder... 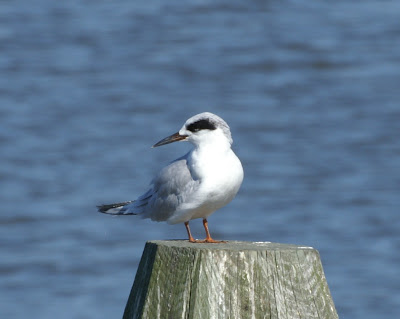 Birding like fiends as we kept an eye on our watches and the September sun, we hit a half-dozen spots along the amazing shores of the Delaware Bay. Photo conditions were perfect by the time we got to the DuPont Nature Center at Slaughter Beach. The tide was full when we got there, meaning there were no mud flats where shorebirds congregate at low tide to feed. All the same, we got great close-up looks at more birds, including this Forster's Tern.... 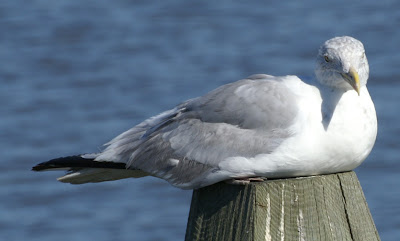 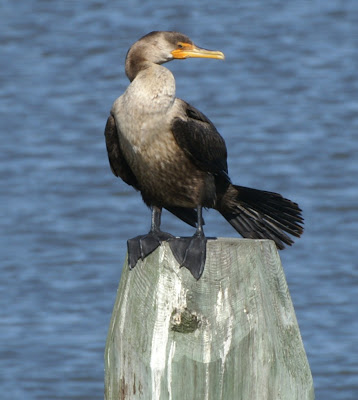 Thanks Paul and Lisa! On to the next adventure???!!!

Posted by Warren and Lisa Strobel at 9:14 PM

The anticipation of what you might see after a storm is really exciting.-Many of the birds you sought after would be life birds for me including the Brown Pelican.-Nice photos!