Did you know that you can tell a Fish Crow from an American Crow in flight by comparing the crow's head size?

This is just one of the many hints I passed on to Peter Kaestner while birding Saturday on Maryland's Eastern Shore. 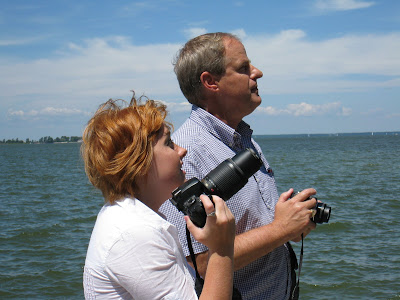 Yeah, who am I kidding?

I was lucky enough to join Peter and his daughter, Katie for a day of birds on a beautiful day.

Peter's life list currently stands at 8189, making him #5 in the world for most birds seen. Among his accomplishments (including a successful diplomatic career and a lovely family) are his discovery some years ago, of a previously unknown species, the Cundinamarca Antpitta.


Cute Husband and I love when Peter is in town!


Birding has taken Peter to some of the most dangerous corners of the world and his adventures have the plots of Indiana Jones movies.

Almost drowning, taking headers off cliffs, chased by snakes, lost in the forest for days, hitching rides with armed guerrillas... all just a part of Peter getting the bird.

Luckily, Peter wasn't up for any danger birding, so we explored the areas around Blackwater National Wildlife Refuge in search of the secretive Saltmarsh Sharp-tailed Sparrow. 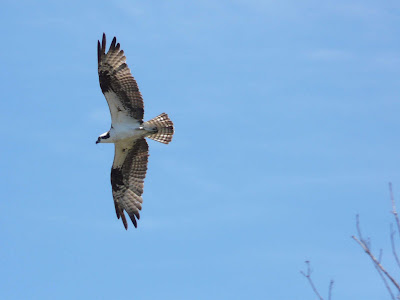 But, we did see oodles of Osprey. Adults and juveniles lined the marshes where we poked around looking for birds.

I was excited to show Peter the Alpen Apex binoculoars that Warren and I have been using. Peter gave the thumbs up and proclaimed them worthy of world birding! 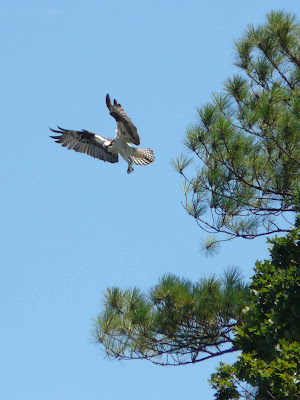 Blooming Swamp Rose-mallow also lined the banks of the marshes. The huge blossoms made a stunning show as we noted Bank, Barn and Tree Swallows staging on a telephone wire.

A mature Bald Eagle flew over and we saw Northern Harrier hunting far out in the marsh. Loads of Great Blue Herons and a single Great Egret stalked the shore. 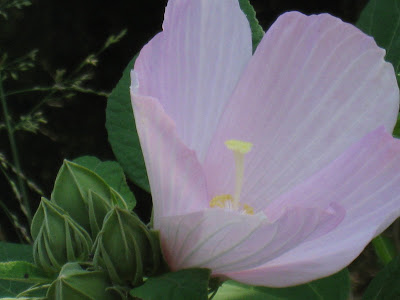 The only real disappointment was the lack of Kestrels. We had only one the whole day, where just a couple of years ago, Warren and I would see several during a day of Eastern Shore birding. 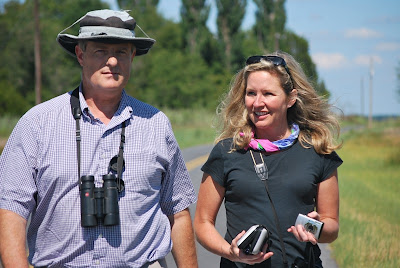 Here I am filling Peter in on the life cycle of the Laysan Albatross.

Or, maybe I was telling him the exact Philippine island he should search for that Monkey-Eating Eagle he needs.

Or, I could have been telling him about the time that Warren and I went birding and I almost lost an eye when I walked into a tree. 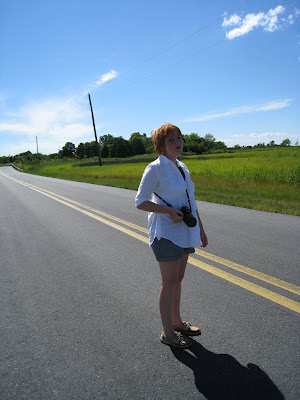 And this lovely lady, is Katie K.

I am beyond sure this girl is going to be a super star someday.

Her photography is amazing(check it out here! Really...beautiful stuff), she speaks a repertoire of languages, she is witty and fun. And, lucky for Cute Husband and I, she will soon be living within an hour from the LoveNest!

More on her catapult to fame and her gallery show in future posts....

Posted by Warren and Lisa Strobel at 6:48 AM