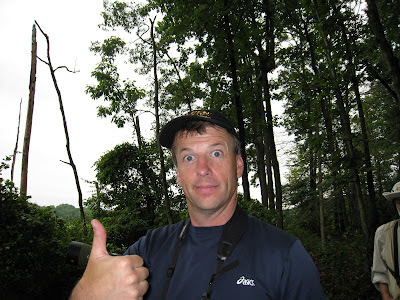 Cute Husband and I met up with some old pals from the Anne Arundel Bird Club at the Oxbow Lake Nature Preserve to search for a pair of Least Bitterns who had attempted a nest on some vegetation in the middle of the lake. 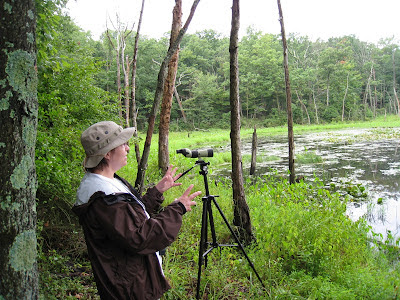 Marcy Stutzman and Jay Sheppard (who are constantly at work to protect and maintain this lovely area in the middle of the suburbs) led the excited and large group of birders.


The bittern pair had not been seen for days, but a mammoth Snapping Turtle was seen lounging in the nest vicinity. With at least 10 scopes and another 10 binoculars scanning the lake, the male Least Bittern was discovered far from the original nest area.

I don't have a clue how many birds I have seen.
I count too much stuff in my day job.


Least Bitterns are super cool birds that also happen to be super small and super well camouflaged.
A tricks-y birds to say the Least. (that bordered on a bad Dan Haas joke...)


The male Least Bittern looks all male-bird-smart with a dark cap, brown bod and orange and white stripes running down his neck. The female looks muted, dull and boring.


What makes them super cool is that in Least Bittern world, the male does quite a bit of the housework. The male is the primary nest builder while the female watches. The male Least Bittern also helps with incubation. He even hangs around long to feed the young.


We also saw a life tree! 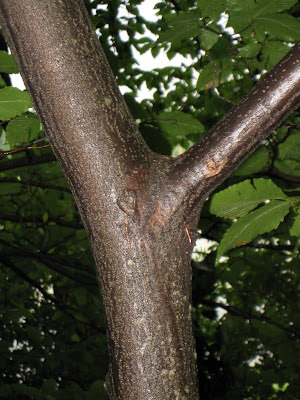 The American Chestnut Tree. At one time, there were over 3 billion of these trees. 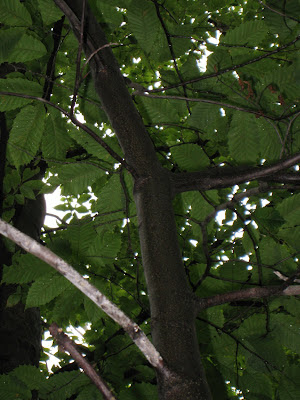 Within a few decades, billions of American Chestnut died. 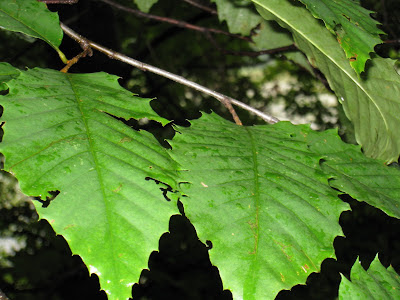 Today, there are probably fewer than 100 American Chestnuts that survive to see a circumference larger than 24 inches. 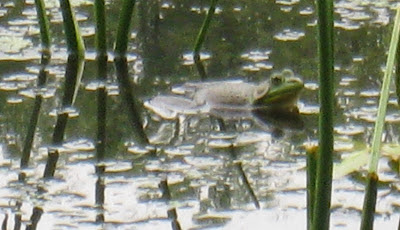 And, best of luck to you, ginormous frog.
You look like the perfect meal for a Oxbow Lake Snapping Turtle.
Posted by Warren and Lisa Strobel at 4:24 PM

Cute husband looks rather caffeinated in photo one.

You really need to keep an eye on him. Hm?