A Day in Full

One of the things we love about birding is that you can go out looking for something rare and/or new, not see it - and still have a wonderful day with friends, see really cool things in nature and learn a lot.

That was the case this past Sunday when BirdCouple headed up the Susquehanna (hmm did I spell that right?) River with Ross Geredien, he of Good Migrations, and Dan Haas, whose Web site is Nervous Birds. (We're not quite sure why that name).

We dipped, as they say, on unusual gulls we were hoping for. Ditto owls. There weren't even that many raptors: 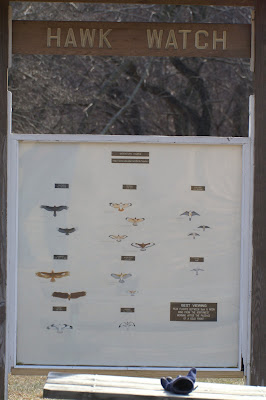 Did we have a bad day then? Heck no! We found a fairly uncommon Red-Necked Grebe on the Susquehanna. Then, at Conowingo Dam, we saw an amazing site on the far side of the river: a Great Blue Heron trying to swallow a fish it had speared that was gi-normous, more than a foot long and pretty wide too. At one point the heron got the fish down its gullet, only for it to come back up. Then after what must have been a 15-minute struggle, the bloodied fish slipped away and back into the water. (No doubt it later became lunch for one of the numerous Bald Eagles hanging around). Later in the day, we saw an impressive concentration of about 300 American Coots.

Sadly, most of this action took place too far away for my 400mm zoom lens. 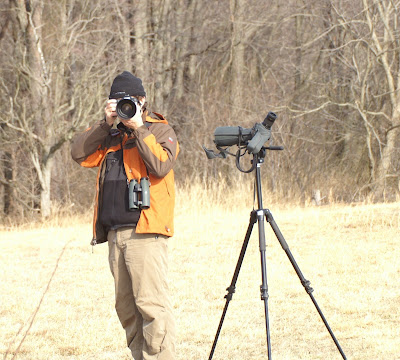 The mirror image of this photo is on Dan's blog.

We did not climb the lighthouse at Turkey Point looking for birds. But, hey, we've done crazier things. 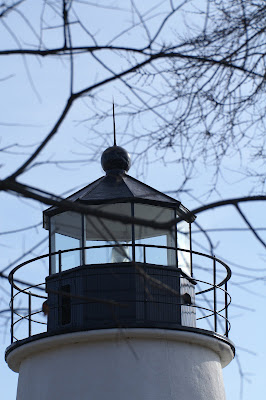 Even something as prosaic as a Northern Mockingbird can be kind of cool. About 60 species of birds, good laughs and interesting sights. It doesn't take too much to satisfy Bird Couple. 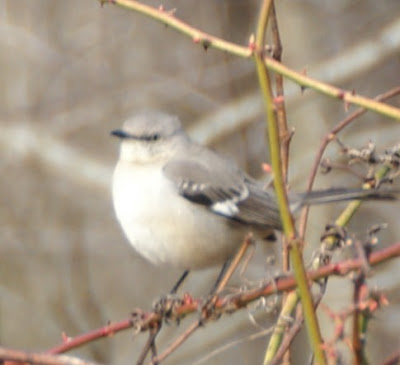 Posted by Warren and Lisa Strobel at 10:28 PM

I try not to build up my expectations.That way I'm not dissapointed (unless I'm twitching and dip out).60 species would be a good day for me in CT for most of the year.