Dan Haas, our good friend, is the local savior of birds in Annapolis. Last year, he rescued a Peregrine Falcon chick from under the Severn River bridge. Then in January, he and Don Young helped rescue a Red-Shouldered Hawk that was foundering in the mud of Back Creek. The hawk, much healthier and looking good, was released this week after being rehabilitated at the Raptor Conservancy of Virginia.


Dan's exploits and the hawk's freedom made the front page of the Annapolis Capital newspaper this week.

Meanwhile, for those in the Annapolis area or nearby, the Anne Arundel Bird Club is having its annual wildlife lecture on Monday, March 10. (Last year's was amazing). Details below... 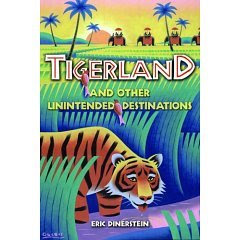 Join naturalist Dr. Eric Dinerstein, one of the world’s leading conservation biologists, as he recounts three decades of his amazing efforts around the globe to conserve tigers, snow leopards, rhinos, bats, and bison. Travel with the World Wildlife Fund’s Chief Scientist and one of the world’s top tiger experts on his missions to India and Nepal studying and setting up networks to conserve tigers through one of the most ambitious wildlife recovery projects in Asia. Hear firsthand of his work studying and developing conservation plans for the greater one-horned rhinoceros in Nepal and how Eric tracked snow leopards in the Kashmir and established a field research program in northern India for these spectacular but elusive cats. View wrinkle-faced bats and other fruit bats in the Monteverde Cloud Forest Reserve, Costa Rica as Eric illustrates his “inordinate fondness for bats”. Also explore WWF’s work on the American Prairie Restoration Project in Montana where the largest herds of wild bison exist along with other prairie wildlife such as endangered black-footed ferrets and grassland birds such as Sage Grouse and Ferruginous Hawks.

Posted by Warren and Lisa Strobel at 8:32 PM