Our neighborhood raccoon has become quite a connoisseur of suet.
Fruit and nut flavor.
Peanut delight.
Berry infused high energy.
Raccoon has tried them all.
In fact, Raccoon can eat an entire 11 oz block of suet in one evening. 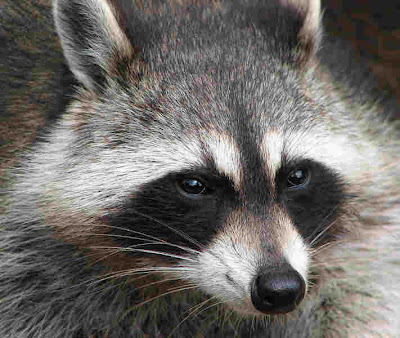 Raccoon illustration only. This is not the actual thief.
Racoon's nightly adventures on the deck involve transgressing a series of birdfeeders to get to his beloved rendered fat.
Shimmy past the pepper infused seed. Negotiate around the peanut feeder. Avoid the birdbath. 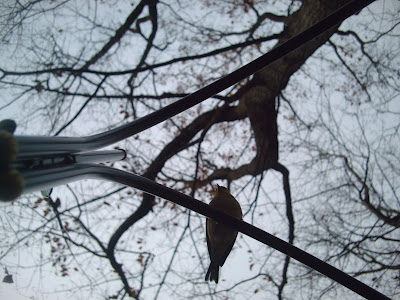 In the midst of bird heaven, exists our Wingscapes Birdcam. Raccoon cares not about Birdcam. As he waddles toward his lard dinner, he pushes BirdCam off the deck where it hangs by bungee cords slamming against the deck railing.
But, BirdCam can take a beating. Along with the all the other great features of this cool device, BirdCam was meant to last.
Raccoon indestructible.
Check.
Raccoon broke the deck railings on his last visit, but not BirdCam. 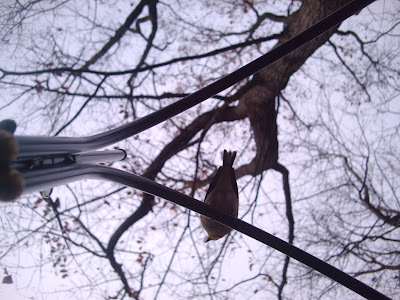 The following day, as BirdCam lay on its back, it produced some interesting pictures and perhaps some new ideas to use our coolest toy. 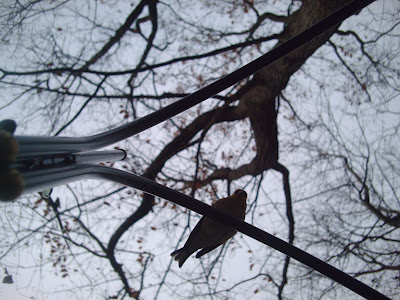 In the meantime, we are stocking up on pepper-infused suet.
If Raccoon develops a taste for the spicy stuff, we have either fattened him up for a Great Horned Owl, or we have contributed to the obesity epidemic in the raccoon population.
Posted by Warren and Lisa Strobel at 8:07 PM

Hi! I was reading Sibley's writeup of your mystery bird and ended up on your page and I'll add it to my links list. The BirdCam sounds just great and I'm enjoying reading your posts about it. If it's alright, I'd like to link to that mystery bird post in my blog....my readers would enjoy it.
Cheers and good birding, Laura in Oregon.

Laura - Thanks so much for stopping by. Please do link to the mystery bird - it is amazing how much discussion it has generated. We will add you to out links right away!

Any special birds in Oregon in mid-winter?

Warren and Lisa,
I just put up a small post about the bird. It's a great lesson in perception! Special birds here...wintering raptors and waterfowl and gorgeous Varied Thrushes (though a thrush has not yet graced my yard this year).
Nice to connect with more interesting birders!
Laura

Birdcam sounds like a great product.-I was once sitting on a picnic table at a state park having a beer with a friend.-It got to be dusk and 17 Raccoons emerged from the edge of the woods and started walking towards us.-They had no fear of us as they rummaged through the garbage cans and picked through scraps on the ground.-We were a bit freaked out by the incident which reminded me of a seen from a horror movie!

Larry,
If your experience with Raccoons freaked you out, then you really need to check out Laura in Oregon, aka birdnerd's, beast of a raccoon on her site!

Hope all is well!
Lisa and Warren