One of the Good Guys

Sunrise on the Patuxent River 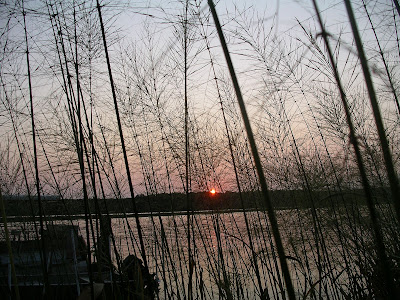 Do you recognize the stalks in the foreground? Most Maryland-ers don't.


This is Wild Rice and this is the man that, for over a decade, has ensured that it still grows in the Jug Bay Wetlands. 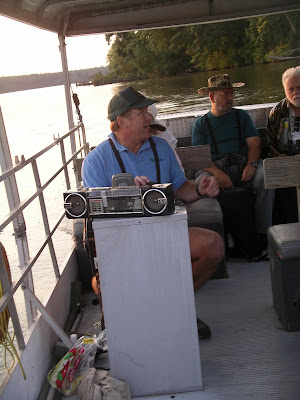 Greg Kearns, a naturalist at Patuxent River Park, led a group of birders last weekend on a Sora searching boat trip. We saw (and heard) Sora, but the main reason we did was because of the tireless efforts of Greg.
Jug Bay used to explode with wild rice seeds which are crucial in the diet of migrating birds such as Bobolinks, Sora and other rails.

And, then the resident Canada goose population in Jug Bay exploded. Without hunting, the ravenous rice chomping geese (they each eat 1-2lbs per day) changed the character of Jug Bay and rice stands became rare.
In the mid-1990's, while studying Soras, Greg recognized the problem and started a program to fence off areas of the marsh around stands of rice. The enclosures (over 4 miles of it!) deprived the geese the space they needed get their hefty bodies in the air. 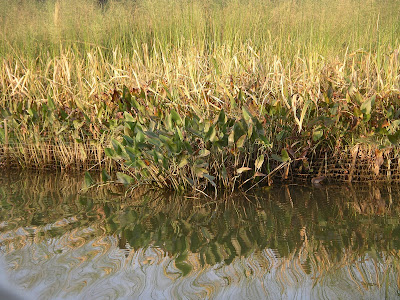 Protecting the rice along with reducing the population by lifting the ban on hunting of resident Canada Geese has allowed the rice to return to Jug Bay. 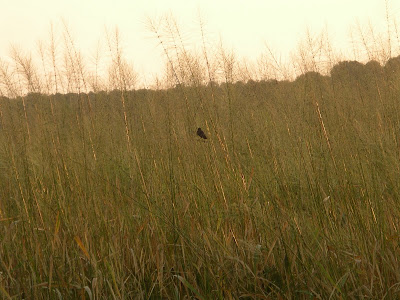 Red-winged Black Bird in a large stand of rice.
This guy is in the middle of his molt and has lost his tail feathers. Red-wings are year-round residents in much of their range, but if this one is migrating, he will remain in Jug Bay feasting on rice waiting for his tail feathers to grow back in before heading south. 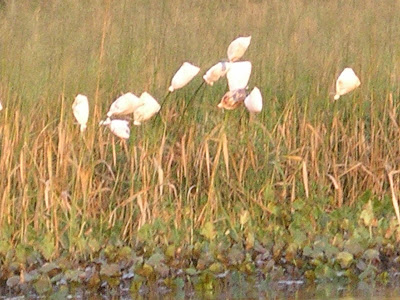 To ensure the further spread of rice, Greg and his team remove stands of evil phragmites and capture rice seeds for marsh replanting in the spring.

Greg also knows Sora. For several years he banded and radio tracked Sora in Jug Bay and studied the importance of wild rice during their fall migration. At the peak of his banding in 1998, 1,300 rails were studied. 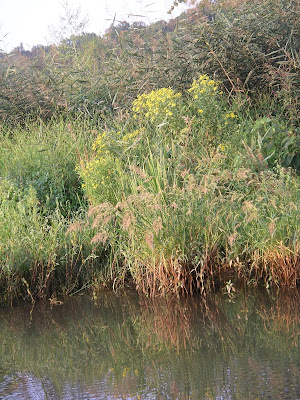 The tide was higher than expected, so the constant tape that Greg played of Sora whining caused return calls, but we needed the tide to ebb so we could see them on the mud flats. 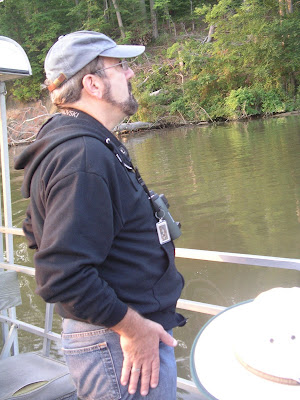 Our fearless leader and good friend, Paul Baicich. Note the Duck Stamp attached to his binoculars! 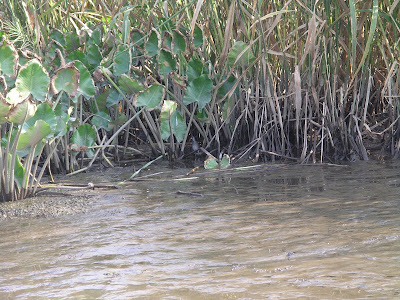 When the tide finally dropped, it seemed like we were surrounded by Soras. It is hard to see, but click on the picture above and check out the Sora in center of the picture. Seeing so many at one time was a great opportunity to compare the different coloring in immatures versus adults. 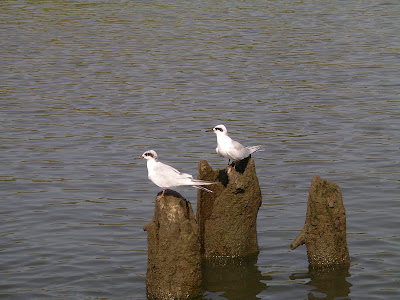 Forster's Tern. The total bird species count was not high for the day, but it didn't matter. 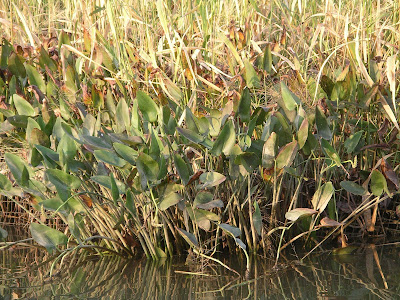 Jug Bay is a magical place, especially when seen by a low impact boat. 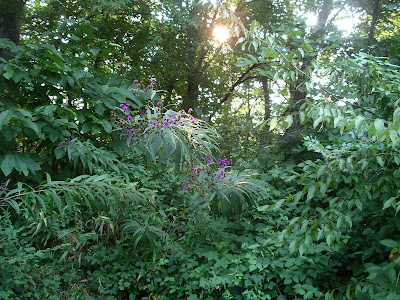 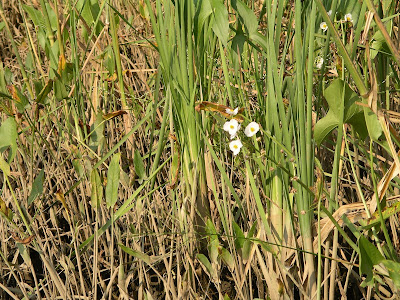 Broad-leaf Arrow-head flowers
Not only have the rice benefited from Greg's effort, but other plants have returned and are thriving; ensuring that the Jug Bay ecology remains balanced.
Thank you, Greg Kearns, for all you are doing for the Bay and the migrants who visit!
Posted by Warren and Lisa Strobel at 7:55 PM

What great pictures! We didn't even know that wild rice grew in Maryland. Greg is doing amazing work.

P.S. Our email is rgaulden@gmail.com

Hope all is well!

looks like a fun trip.-I've yet to see a Sora.
Was it the Appalachian Trail you guys hiked on?
I just heard a report about Appalachian Trail on NPR radio.I didn't realize how organized that type of hiking is!I'm psyched up to try a portion of the trail that runs between CT. and Mass.