LOOK, Up in the air! 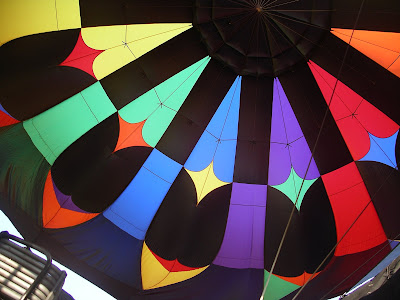 This is the inside of an inflated hot air balloon.
It's the dog days of summer - even the birds are taking a break. So further to our occasional forays into the non-birding world, we bring you the world of hot-air ballooning, courtesy of aeronaut extraordinaire Carl Strobel.

Birdcouple went out early Sunday morning -- and I DO mean early - to "crew" the balloon, along with crew chief John Hall (Warren's stepbrother). That means helping set up the balloon and then chasing it by car, because you never know where the darn thing is going to go - how far and how fast. Dad always misses the powerlines, but he usually finds a nice remote, insect-plagued field to land in! 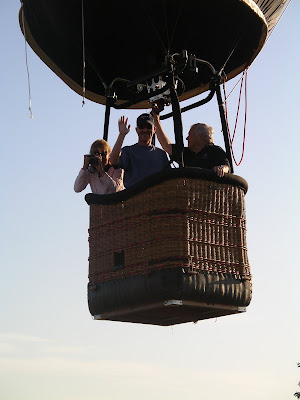 Hmm.. Are we sure we want to do this?

Our good friends Louis and Vencka. That guy on the right is the pilot and said aeronaut extraordinaire.

Of course, they had a safe, calm and fun-filled flight, coasting over Maryland's Eastern Shore. 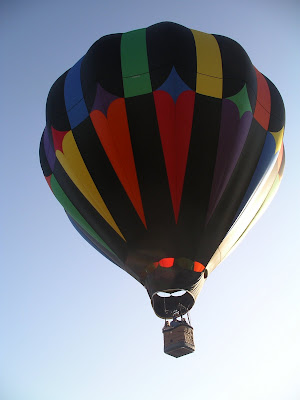 It's almost as good as being a bird.

Lisa and Warren DID do a bit of birding on the side. We saw Barn Swallow, American Kestrel, Killdeer, Indigo Bunting and heard Eastern Wood Pee-Wee, Eastern Towhee, Chipping Sparrows and more....

Posted by Warren and Lisa Strobel at 8:14 PM

Paige - You should try it sometime! Hi to Jeff and Avery Lane....
W