I am a hunter

The Washington Post had an article a couple weeks back about the decline of hunters in Virginia. Hunting license sales have dropped 13% over the last ten years, while the state’s population grew by a million residents.


One of the reasons for the decline in hunting is that there are fewer open spaces to safely fire a gun and therefore, fewer habitats for wildlife. Hunting and fishing license sales covered more than half of The Department of Game and Inland Fisheries $47 million budget. A budget which is used to establish and maintain wildlife habitats.


According to the article, another reason for the decline in hunting is a cultural shift. "As Americans become busier, more urbanized and less rooted in family and social traditions, they're less inclined to go into the woods on a cold, wet morning to wait in breathless silence for a deer to walk by." Maybe.
Or maybe our sports-related family traditions have changed, as we are more inclined to spend a cold, wet morning on the side of soccer field. 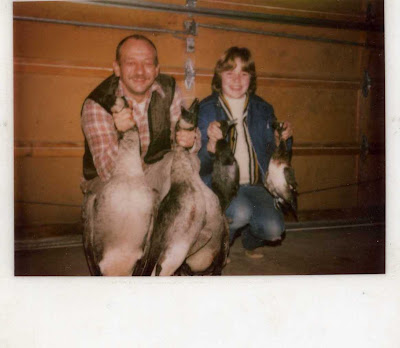 When I was growing up, all the men in my family hunted. It was a tradition. It was also a treat to be included in the inner circle. Granny prepared sandwiches, Mom made sure we had hand warmers and the car was loaded the night before. When I wasn’t invited, I waited to hear the stories my Pop-Pop, Dad, uncles and cousins told of who got what. And, sometimes stories of who fell out of the tree stand or who was dead asleep when the geese flew over. Pictures were taken of the victors with their prizes. 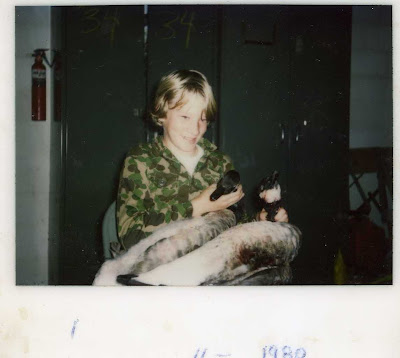 My father hasn’t hunted in years. My brother was on the rifle team in college, but he no longer hunts. I don’t hunt with a gun anymore. Why? 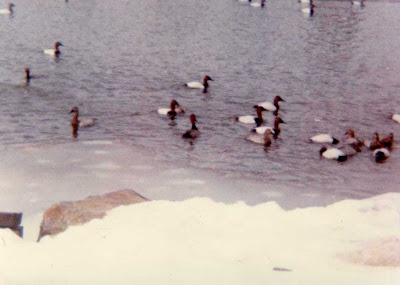 Hunting is not easy work. Deer hunting, in particular, takes stamina. As my grandfather and uncles aged, hunting became more of an occasional sport. Maybe some of the reasons my brother and I don't hunt anymore is the stigma hunting received in the late ‘70s-‘80s, not to mention the stigma of owning a gun. Nobody wanted to be accused of shooting Bambi. 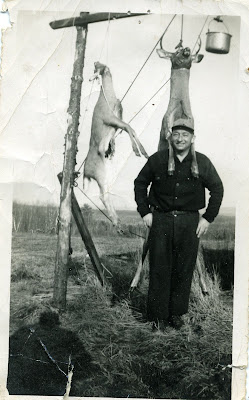 Another reason could be that deer were not a common sight in our neighborhood when we were growing up. We didn't have any deer in our backyard. As the deer population grew around my parent’s home, we grew fond of our favorite family groups. Dad watched the deer as they repopulated areas once rare when he was a hunter. The deer came to us and we fed them and named them and worried when one went missing.


Deer and geese started thriving and without the large carnivores of yesterday; the herbivores flourished. An overabundance of deer can denude the woodland, changing the vegetation that birds and other critters depend on. Not to mention gardens with tasty tulips and hostas.


Do I think hunting is wrong?

No, I think hunting is vital to the preservation of remaining habitat. I know the revenue from hunting licenses provides critical funding for habitat conservation. I think proper hunting in our area would save the tiny bits of forest that exist between the many subdivisions in our city. I think it would save many deer from becoming road pizza.

According to the Washington Post article, most people agree with me.


But can I hunt anymore?

Only for birds with my binoculars.

Posted by Warren and Lisa Strobel at 10:54 AM