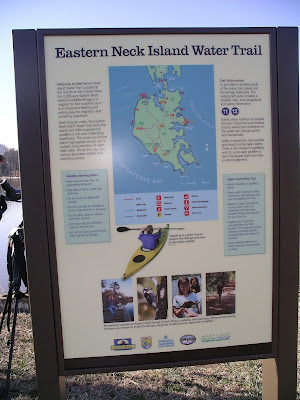 Warren, Adam and I had the honor of birding Eastern Neck National Wildlife Refuge with Paul Baicich, author of A Guide to the Nests, Eggs, and Nestlings of North American Birds . Paul currently consults for the the U.S. Fish and Wildlife Service on visitor issues at NWRs.
Paul is a not only a talented birder but also a dedicated bird conservationist. Oh, we saw some wonderful year birds, but the real highlight of the day was Paul's knowledge and enthusiam for birds and their habitats. Each time we meet Paul, he makes us aware of a small change in our buying behavior that can make a big impact on conserving bird habitat.
Paul is the bomb! 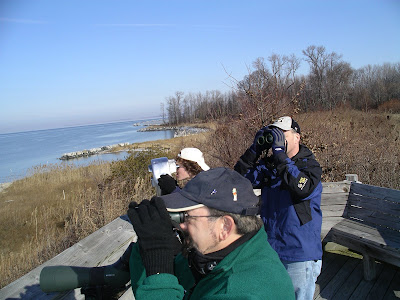 Eastern Neck is a 2,285-acre island at the mouth of the Chester River. The refuge boasts a bird list of over 240 bird species that are attracted by habitats ranging from open water and tidal marshes to forest and farmland. The entire island was purchased in 1962 by proceeds from the Duck Stamp.

We saw about 40 of the possible 240 birds, which was a good birding day for late January in Maryland. Highlights included Canvasback, American Black Duck, Tundra Swan, Northern Pintail, only one Kestrel and Bald Eagles galore. I also finally nailed in my head exactly what a Swamp Sparrow looks like without thumbing through Sibley's.

Eastern Neck has over 600 acres of cropland, which should have been perfect habitat for the elusive American Pipit. Here's what we found when we went looking for them: 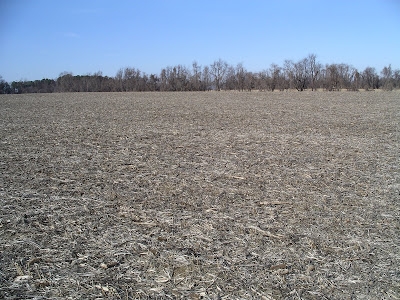 This confirmed that the American Pipet does not actually exist. It is simply a figment of some birders imagination. 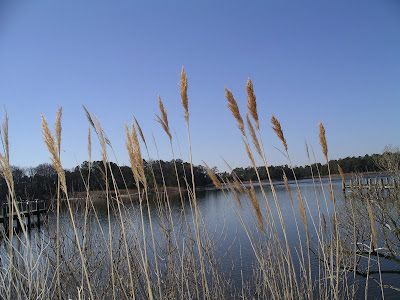 Eastern Neck National Refuge sports over 1000 acres of brackish marsh. Phragmites, AKA common reed, loves to live in brackish marsh. Phragmites is a tall, tough grass which is found worldwide, but is an introduced species to North America. Phragmites have been harvested for roofing material and used to make boats, spears, baskets and paper. The problem with Phragmites (and all invasive species) is that without the disease and predators in their native lands, invasive species spread in epic proportion and compete against native species for food, shelter and other resources. Phargmites reduce the diversity of plant species and provide little value for wildlife.

We found little to no bird activity in the large clumps of phargmites that dot the island.

All day we wondered where the snow geese were. On our way to lunch, we found a couple thousand in cornfield outside Chestertown. I'm not sure if our attempt to read the number off a banded bird scared up the flock or the Red-Tailed Hawk that loomed in a tree to the right of the field. 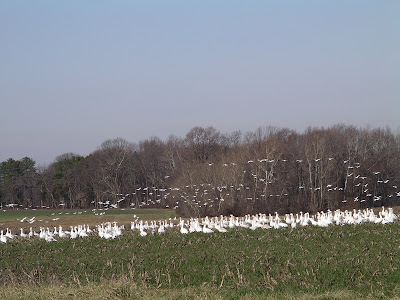 What more could a girl ask for? Thanks, guys! 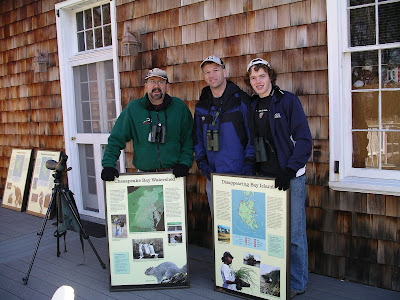 Posted by Warren and Lisa Strobel at 10:54 AM

It's interesting that I just ordered the book "A Guide to the Nests, Eggs, and Nestlings of North American Birds" today after two years of wanting it! That must be awesome to bird with Paul Baicich. And then I see you added me to your blogroll. I've added you on my blogroll, too.
What types of things does Paul tell you about changing your buying behavior?
I'm looking forward to reading your blog posts!

Pam - Thanks for your comment. We have really started enjoying the NatureWoman blog. Your pictures are quite amazing.

Birding with Paul was awesome. He has taught us loads about National Wildlife Refuges, and how to support them. (Buy that Duck Stamp!) And also about the linkages between coffee growing, habitat, birds and coffee farmers. We are only going to buy Shade Grown/Fair Trade coffee from now on.

We'll have more to say in upcoming posts. Thanks for adding us to your blogroll. - The Bird Couple