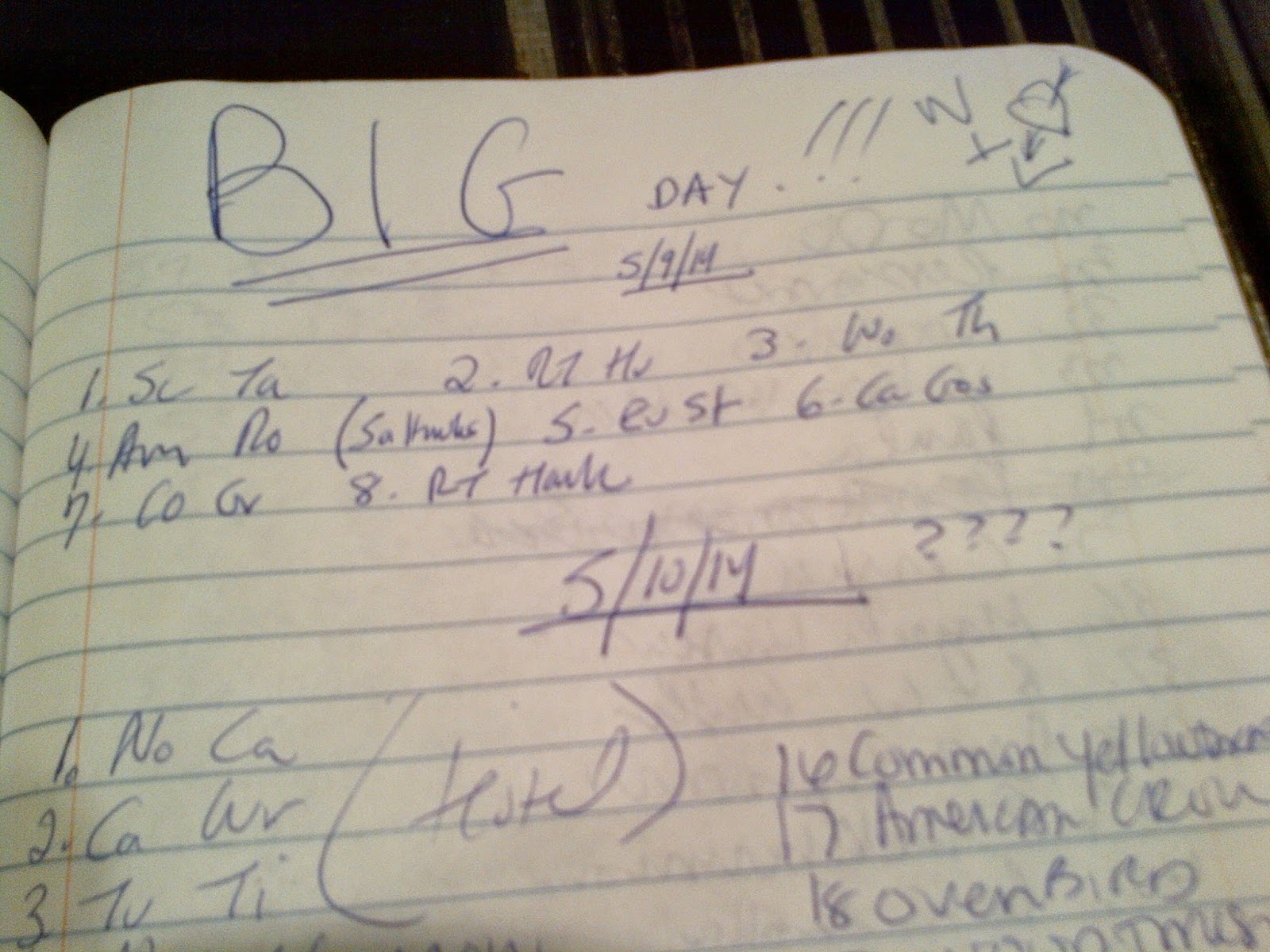 After three or four just-shy attempts over the years to see 100 species of birds in Maryland in one day, Birdcouple set out this morning determined not to fail again. Big Days, Lisa and Warren agreed, are like the ultimate fun treasure hunt, racing against the clock from place to place (and all the places were beautiful), never knowing what you will find and what you will miss.

Sorry there are no pictures of all the warblers, vireos, sandpipers, sparrows, rails, terns and more that we saw. We decided to travel light - no camera, and not even a scope. Just a determined Birdcouple with bins, Lisa's iPod Sibley app and a notebook. 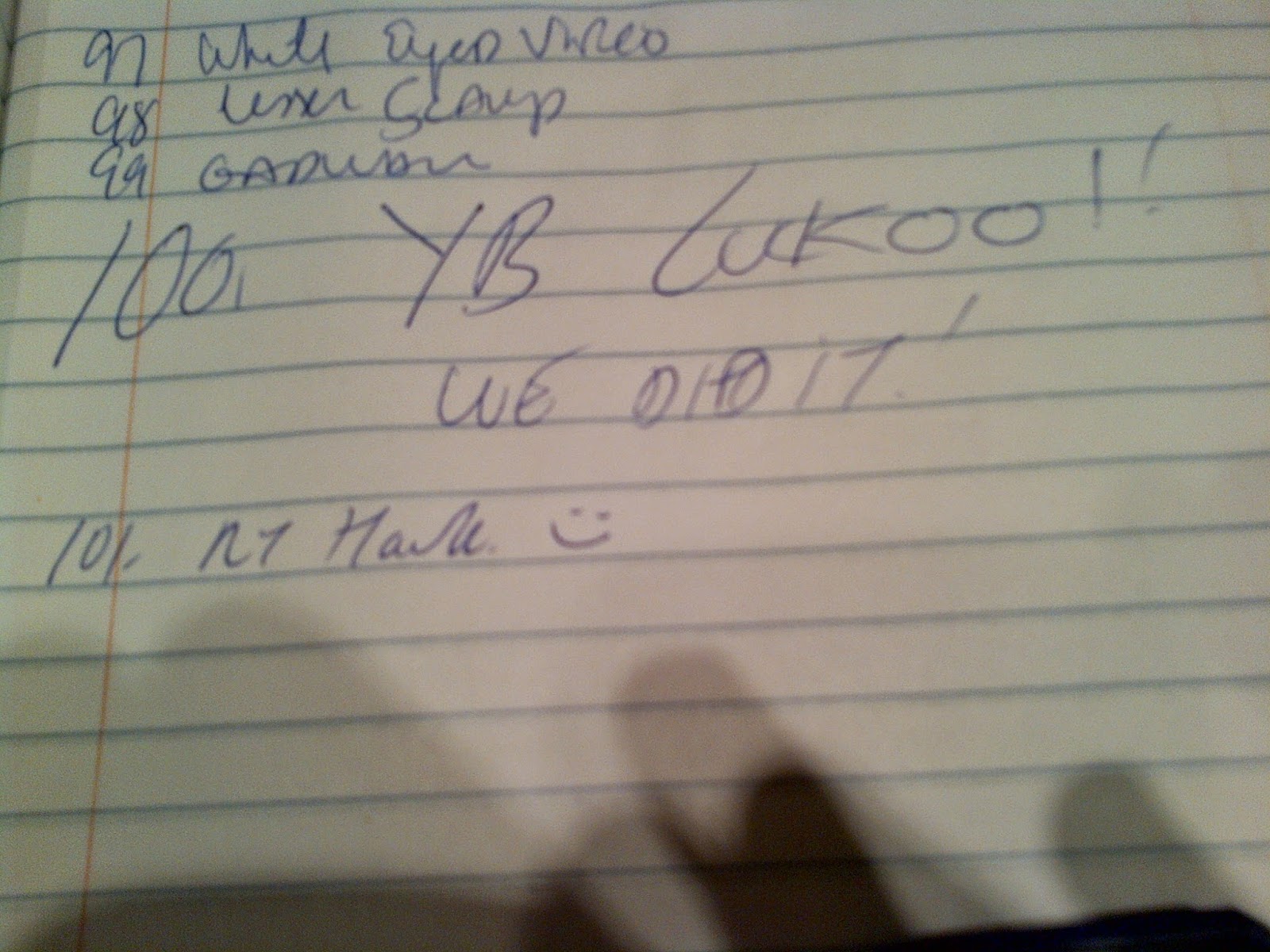 Boy, were we happy! And ready for shower, food and a glass of wine. Our route took us from amazing Susquehanna State Park, to Conowingo Dam (bad call - great birding spot. In winter), to Swan Harbor Farm for field birds and sandpipers, and then to Swan Creek/Cox Creek, a dredge fill and reclamation area that may not be the prettiest spot in the world, but has been host to some amazing birds. And finally to Davidsonville Park.

News alert:   We just heard a Common Nighthawk calling over the house. Make that 102 species for the day. Now back to your regularly scheduled blog......

Posted by Warren and Lisa Strobel at 9:08 AM