The snake and ... the raccoon?

Lisa and I don't actually encourage wild creatures to come inside and share our Lovenest, but ... hey, we live on 1.8 acres of woods, with trees as close as 8 feet to the house, and we refuse to use poison (except to stop the termites from actually EATING the house).

So Warren wasn't much surprised one recent evening when he went downstairs to turn on the TV - the only one we own - and the electric heater, and he encountered a two-foot Eastern Garter Snake just inside the back door: 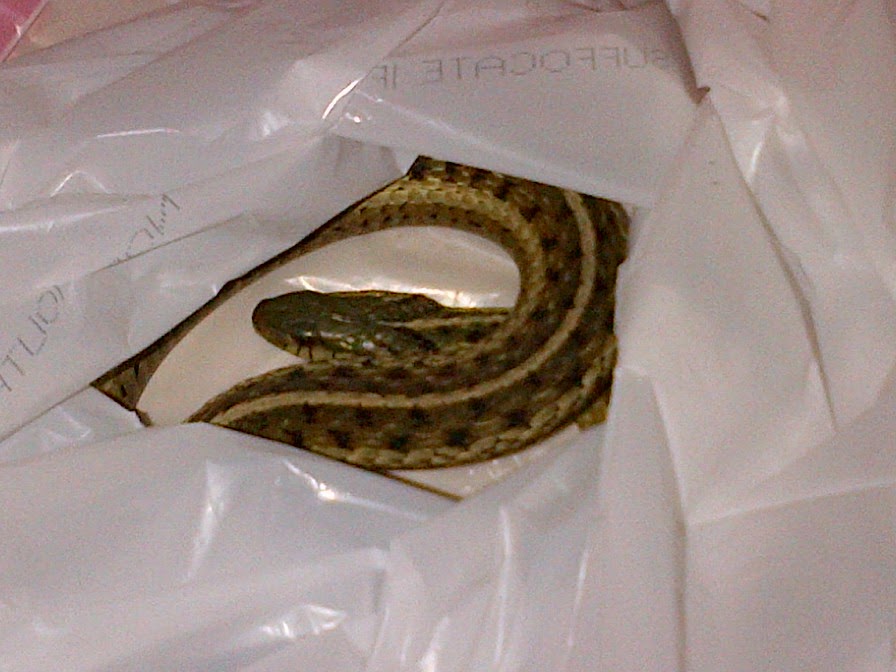 Now we know why mice haven't been in the pantry this winter! But the snake was cold, barely moving. Warren would have taken it for dead except it's little snake-tongue was flicking in and out.

There was only one thing to do, sadly - put it outside, and let nature take its course.

Well nature did, but not in the way we expected. An hour later, Warren checked back, and the snake had disappeared! 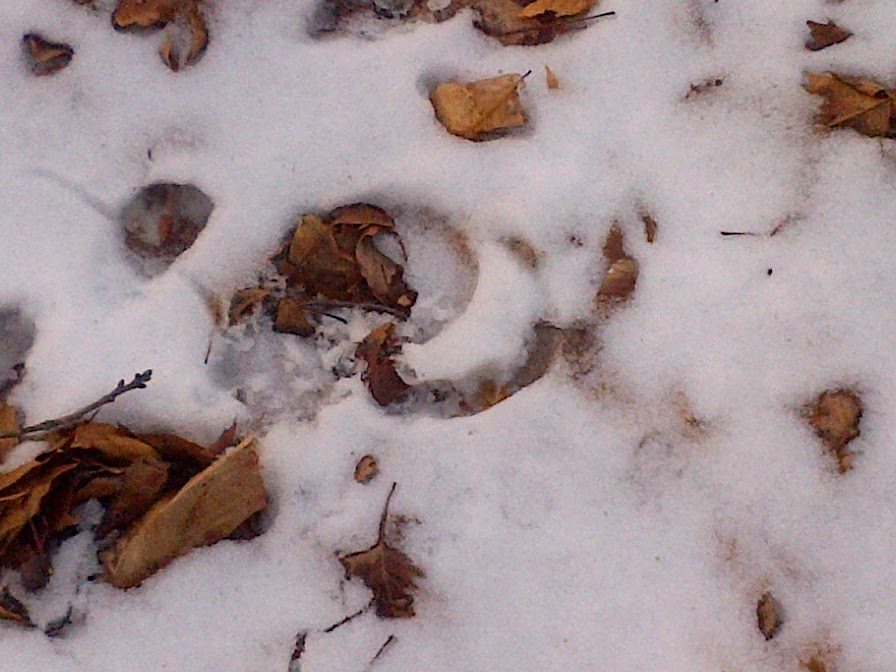 Then, we heard a small mammal running off in the dark, through the leaves and snow. Warren thought it was one of the foxes that hang about (they are most easily seen on evenings when people put out their trash for collection next day).

But Lisa knew it was a Raccoon. 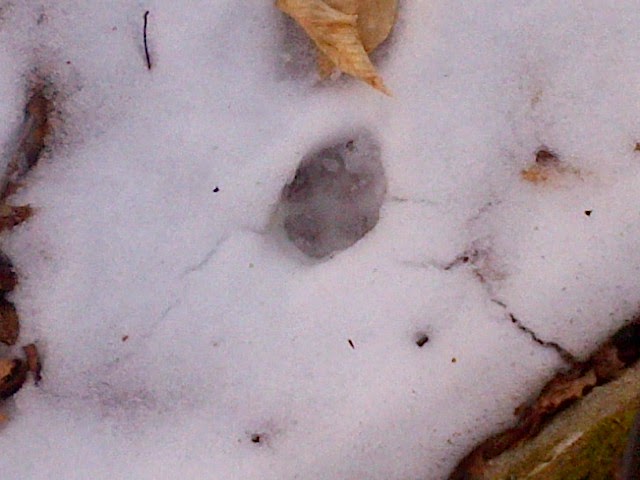 Ah, living in the woods!

Posted by Warren and Lisa Strobel at 9:30 AM 2 comments: Links to this post 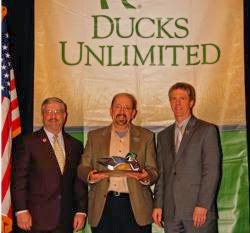 Paul Baicich was the winner of the 2014 Wetland Conservation Achievement Awards in the Communication Category, awards that are given by Duck Unlimited.

As the citation says:


Baicich has been an active birder since his early teens in New York City. A former employee of the American Birding Association, he edited 14 of their ABA Birdfinding Guides, as well as their bi-monthly magazine, and served as Director of Conservation and Public Policy. Today, Baicich directs the on-line Great Birding Projects and co-edits the popular monthly Birding Community E-bulletin. He writes regularly for birding magazines, including Bird Watcher's Digest. He has also been instrumental in starting and running Friends of the Migratory Bird/Duck Stamp-a nonprofit dedicated to the promotion, preservation, sales, and better understanding of the Duck Stamp.
We would add that Paul is a great friend, ace birder and one of this generation's great conservationists. We wish every birder did just 10 percent of the conservation work that he undertakes, with little thought of recompense.
Kudos, and thanks, Paul. 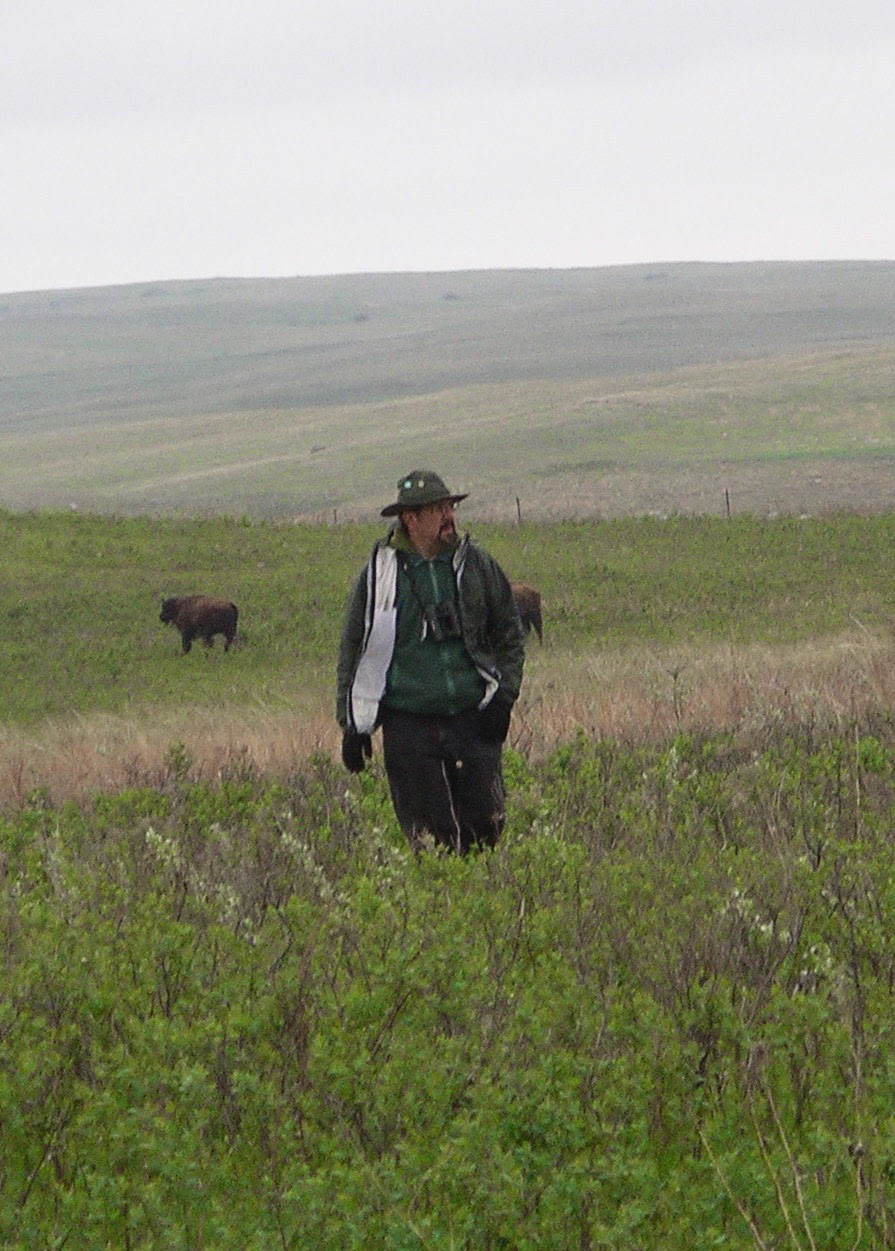 Here are links to Paul's Great Birding Projects site, and the Birding Community E-Bulletin.
Posted by Warren and Lisa Strobel at 11:14 AM 1 comment: Links to this post

Birds of the late winter snow 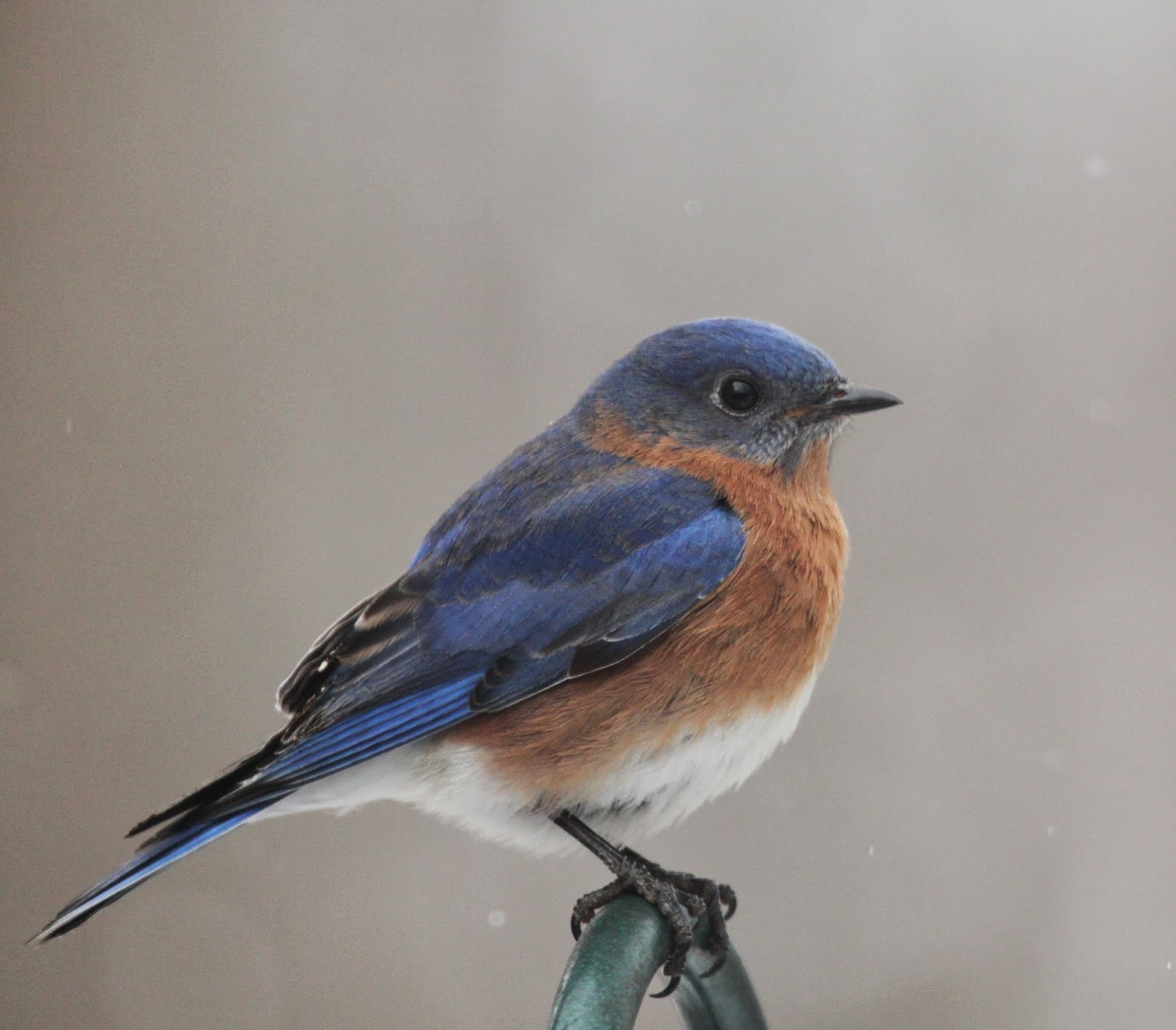 Warren worked at home on Monday, during what WE HOPE will be the last snowstorm of a very long winter. In between reading serious documents and emailing colleagues, he took a few minutes out to take some photos of the Lovenest birds that were going crazy at the feeders. 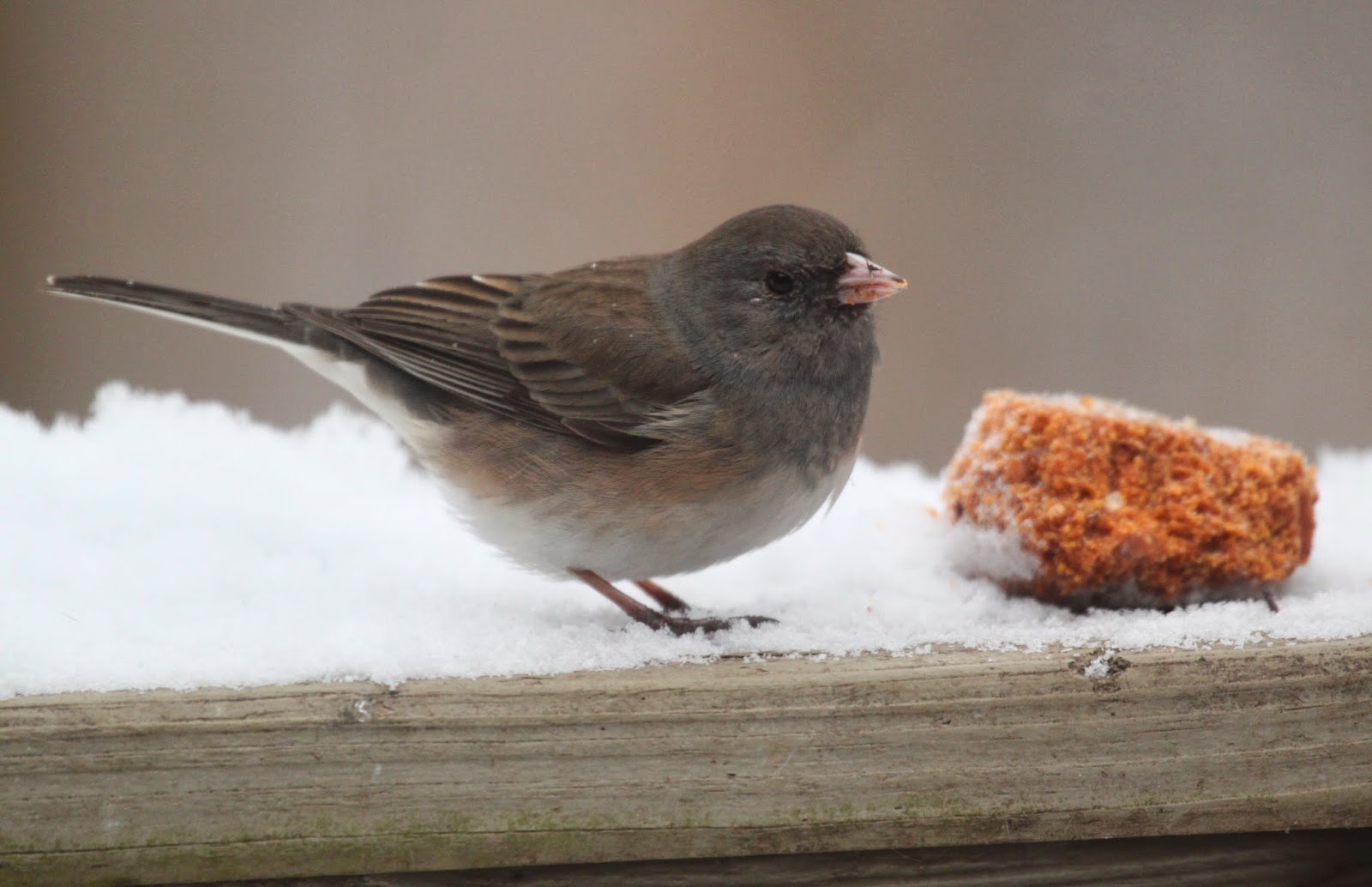 A lot of these customers have been hanging around for months. And while we have enjoyed their company, there are a few winter birds, like this Junco, that we wish would push off north and let Spring arrive! 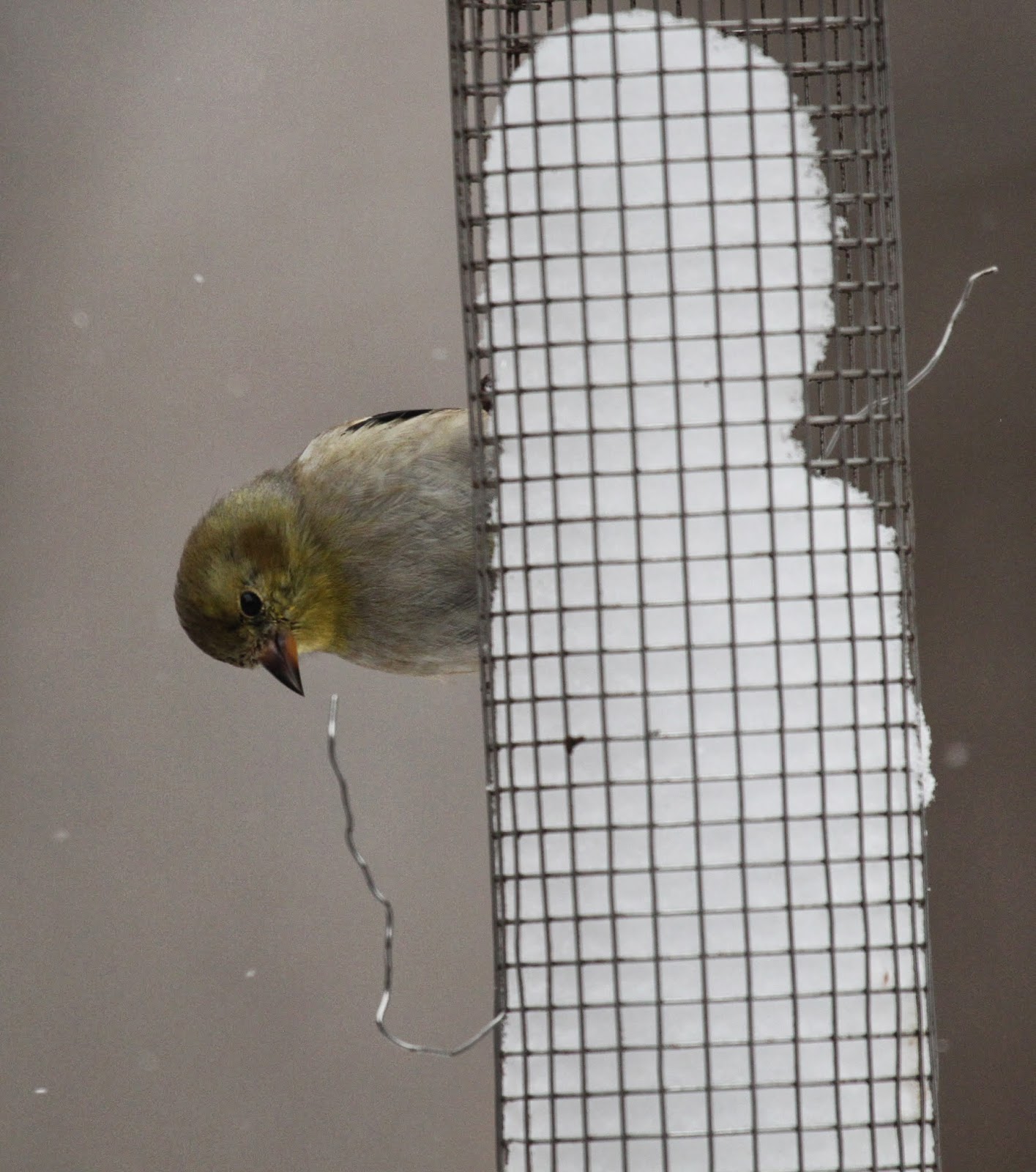 American Goldfinch (and a feeder torn up by rampaging squirrels) 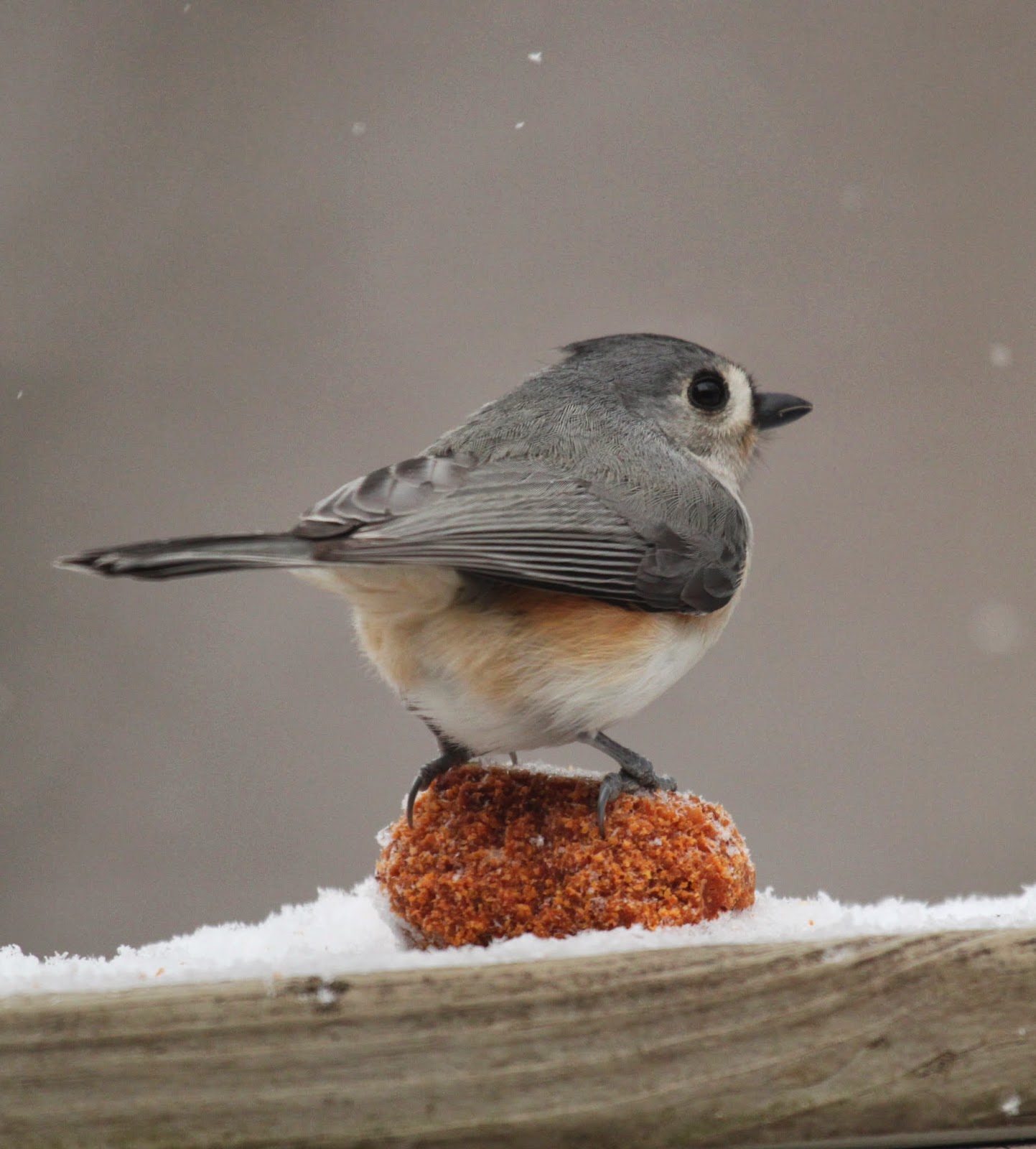 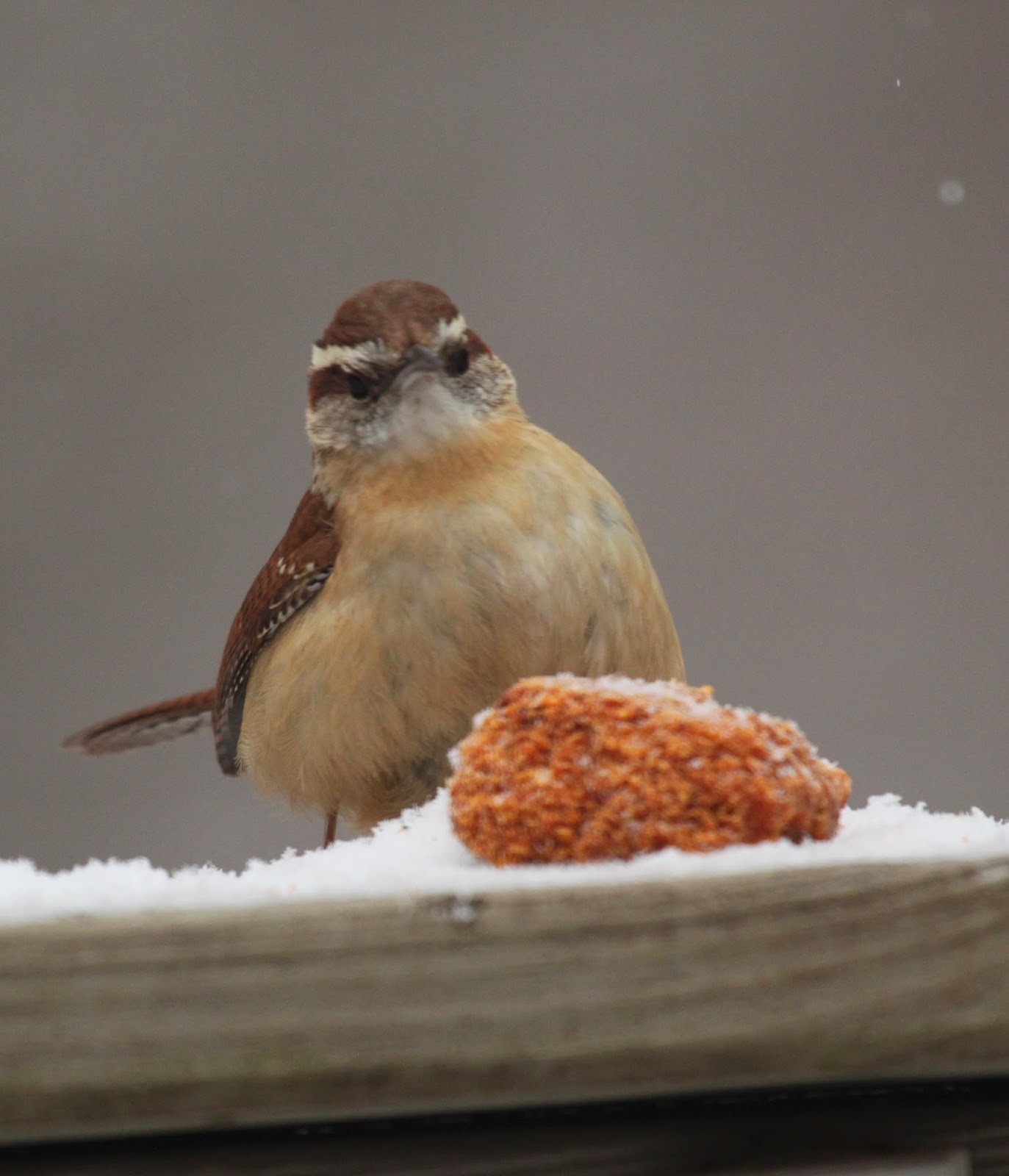 Why do Wrens always seem so angry and fussy? Are they? Or is that just our perception of them? Hmmmmmmmmm..... 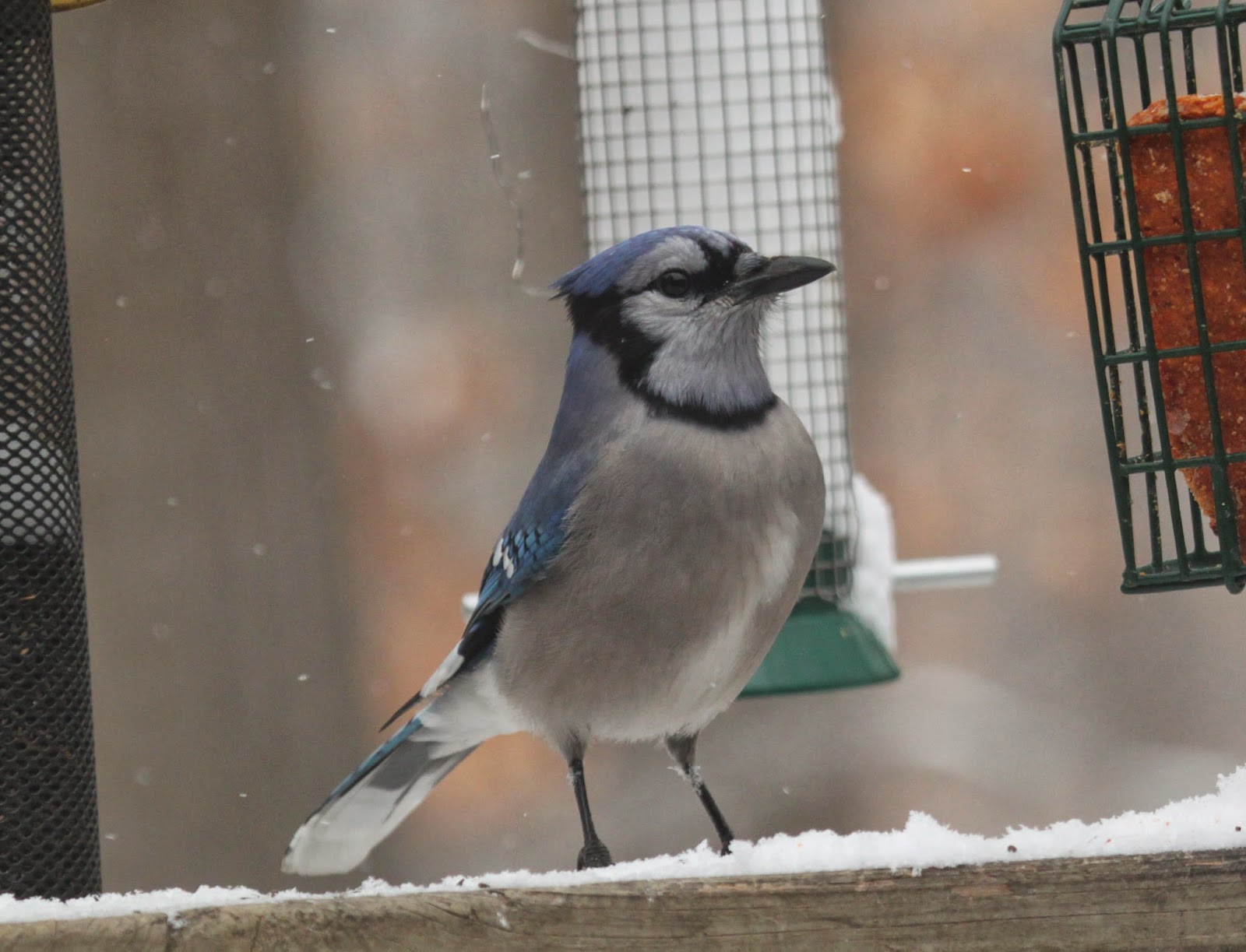 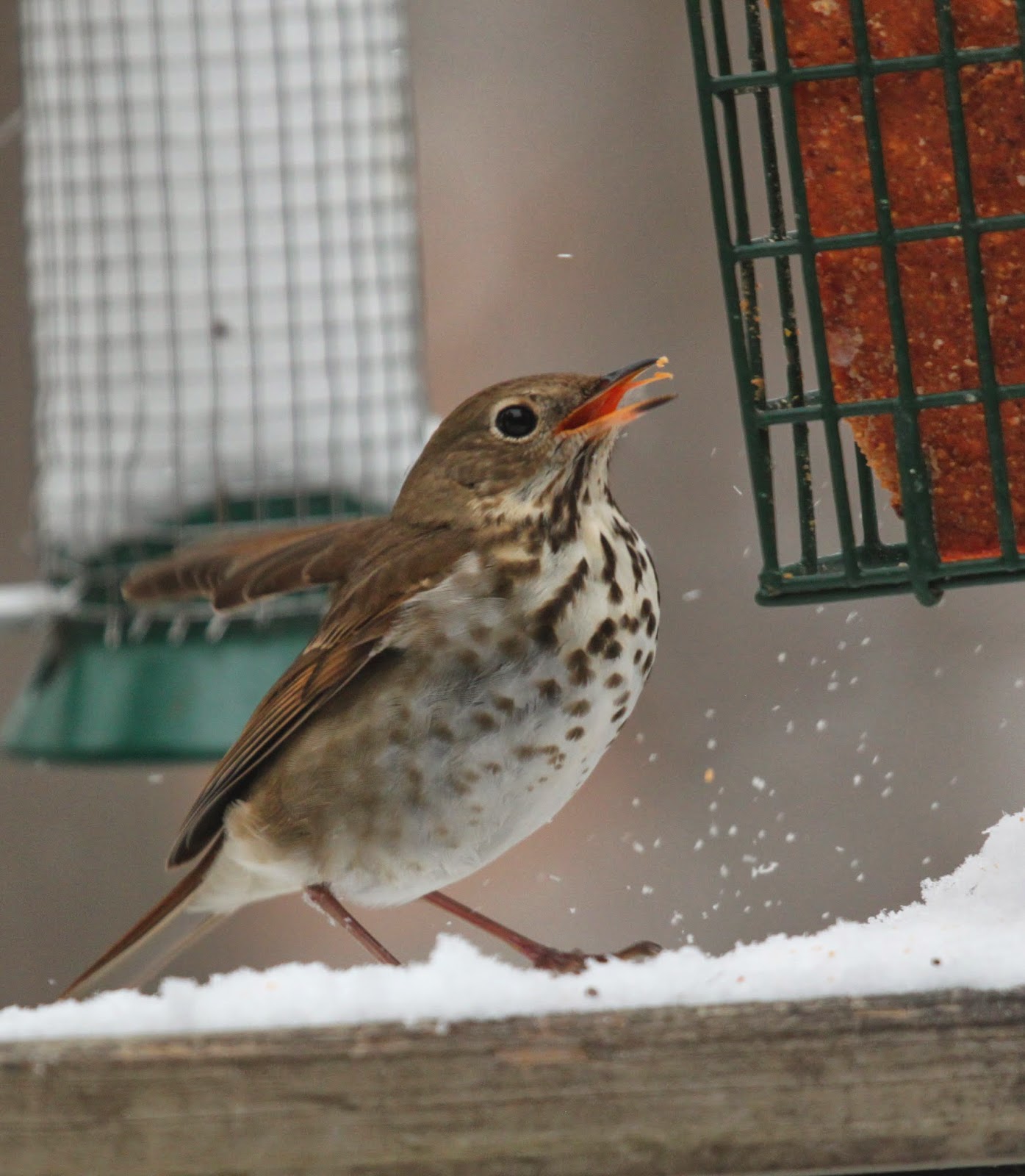 We have been blessed to be visited by two Hermit Thrushes all winter... 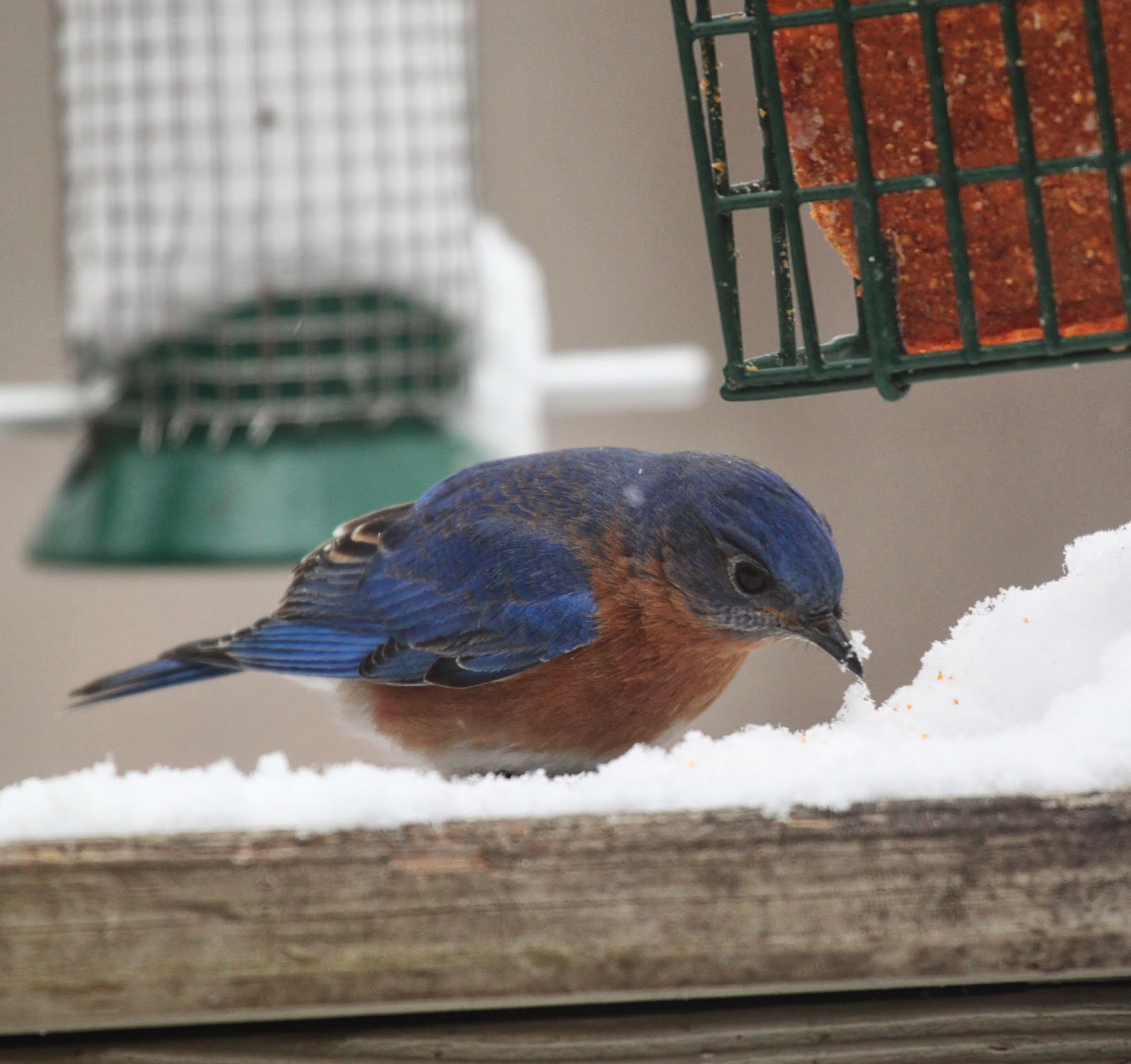 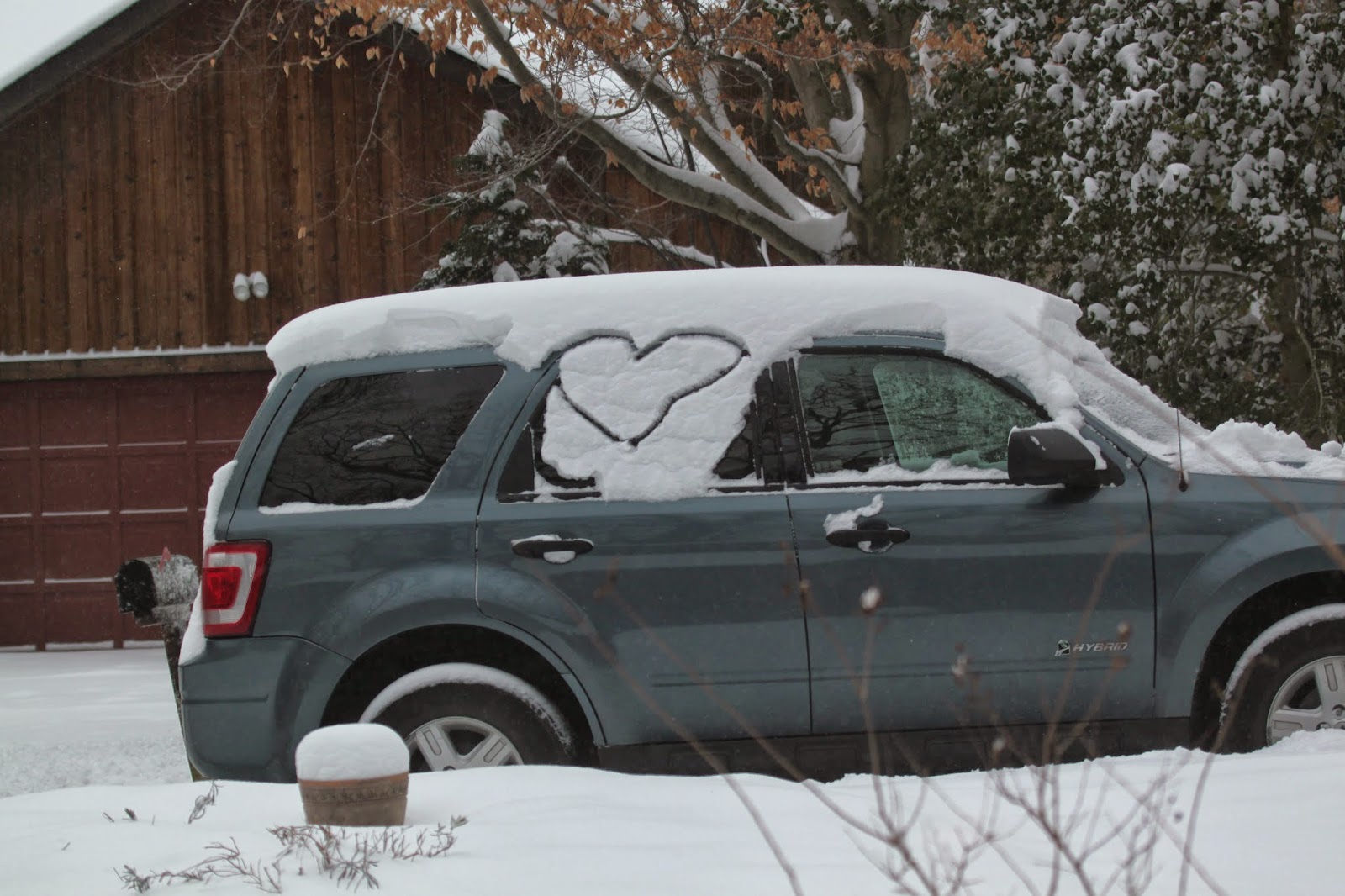 Posted by Warren and Lisa Strobel at 8:29 PM No comments: Links to this post

Guess who turns 80 on Sunday?!


Guess who has provided more than $850 million to the National Wildlife Refuge System?


How can you celebrate the work of the conservationists who put the program together and managed to keep it in place for 80 years?

Posted by Warren and Lisa Strobel at 3:19 PM No comments: Links to this post

A Birder's Guide to EVERYTHING!

A new movie about birding!... she said jumping up and down with excitement!   Cute Husband and I have run into so many new young birders who got turned onto birds from the movie The Big Year, so it really is exciting to know another movie is coming out that highlights our quirky obsession to count birds.

Plus, it has Sir Ben Kingsley in it, so you know it will rock!    And, first kisses and all that great young love sort of loveliness.

In theaters March 21st, A Birder's Guide to Everything follows the story of David Portnoy, a 15-year-old birding fanatic. He thinks that he's made the discovery of a lifetime, so, on the eve of his father's remarriage, he escapes on an epic road trip with his best friends to solidify their place in birding history. The film stars Kodi Smit-McPhee, Alex Wolff, Ben Kingsley, Katie Chang and more!