Warren and our buddy Dan Haas  found themselves randomly in Nevada on the same day on Sunday - Dan for a business conference, Warren to see eldest son Mitch run the Las Vegas Marathon, his first. Well, no sooner had Dan's plane landed and he checked into his hotel, the two time-pressed birders rushed over to nearby Red Rock Canyon.

There weren't huge numbers of birds around, but what W and D did find was great. This Crissal Thrasher first located by Dan was a lifer for both of us. ABA species #501 for Warren! 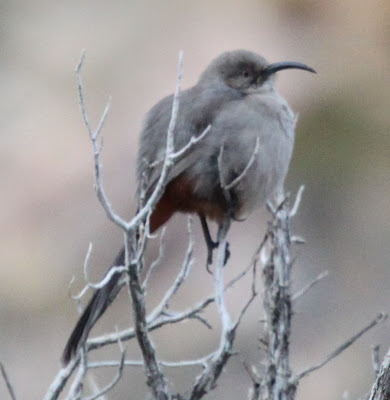 The top of every third piece of vegetation was shaped like a perching bird, making finding those avians difficult. But this actually proved to be fauna, not flora, a beautiful western Red-Tailed Hawk: 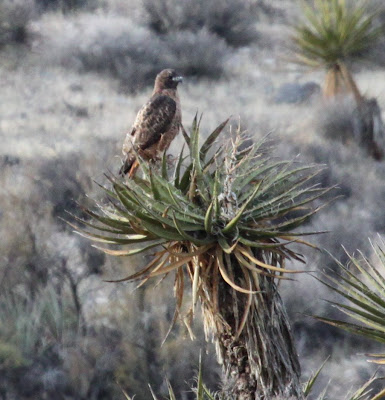 Red Rock Canyon, just 15 minutes from the western limits of the sprawl of Las Vegas, is beautiful and aptly named: 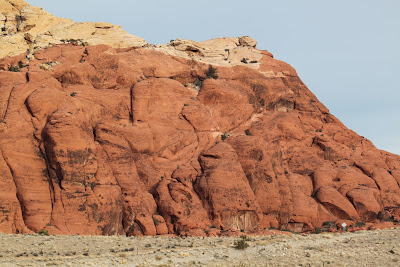 We're not on the Vegas "Strip" anymore": 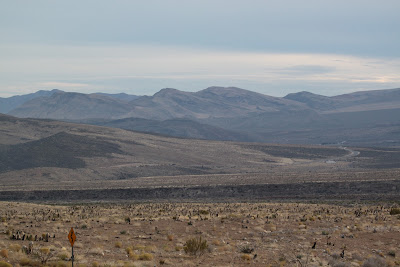 Posted by Warren and Lisa Strobel at 12:36 PM

Nice photo of the Crissal's, and #501. The problem with breaking 500 - or maybe the good thing - is that getting to 600 will require traveling to new corners of the continent!